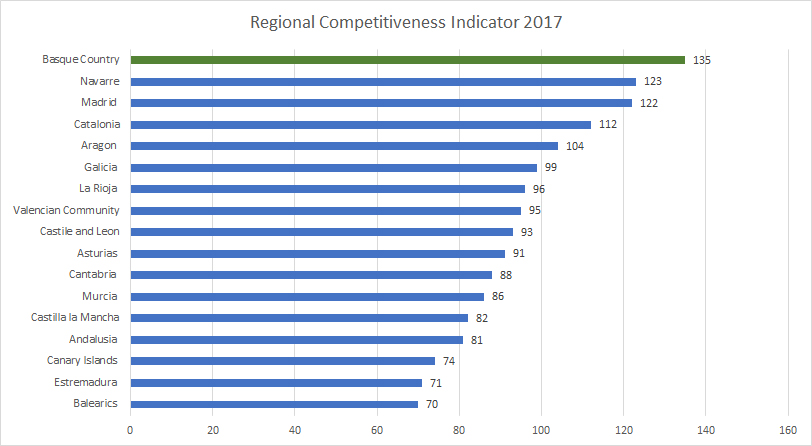 The positive evolution of Basque exports, which grew by 13% last year, and the favourable trade balance confirm that the Basque Country is competitive at the international level, but the latest studies point out that it is also the leading territory in the Spanish state as regards competitiveness, according to a report by Ceprede.

An aspect to be positively highlighted is that the highest Basque scores go to two important issues which are innovation (154.7) and business development (157.2), followed by infrastructures (129.7), macroeconomic aspects (123.6) and labour market (108.7).

EXPORT AS A KEY FACTOR

This Basque leadership in competitiveness is reflected in the exports, In such a way that Basque exports have grown by 5.41% in five years, according to a report by Deutsche Bank on the evolution of the exporting sectors in the Spanish state.