Bilbao, the capital of Biscay, is the city with the lowest private vehicle use and heads the walking and cycling ranking of the main cities of the Spanish state. 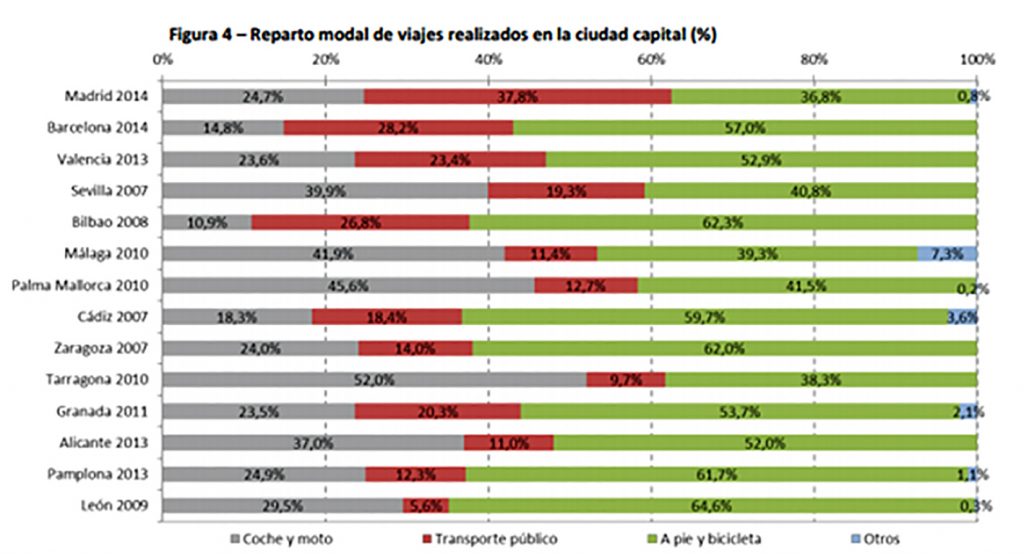 Pedestrian mobility in Bilbao is enviable. Out of the nearly 1,400,000 journeys which take place in the city every day 850,000 are journeys inside the city itself and out of these 550,000 are made on foot. It is a jewel to be protected and treasured, according to the Urban Mobility Plan prepared by the City Council.

These are some of the conclusions which can be drawn from the diagnosis which analyzes all the journeys and their mode distribution in order to improve urban mobility.

Bilbao is, according to these data, the city with the lowest use of private vehicles among the main cities of the Spanish state. This has an impact on many factors, such as the lower emission of greenhouse gases or polluting particles as well as less noise and fewer traffic jams.

This major asset of Bilbao, which distinguishes it from cities such as Madrid, Barcelona, Seville, Granada or Alicante, is the result of various factors: on the one hand, it is related to the dense and mixed urban development which combines residence, employment and facilities enabling the people from Bilbao to work, shop and enjoy within what is called a walking distance.

Walking or cycling is a habit for most of the people from Bilbao, in fact, it is believed that most citizens choose to walk or use a motorcycle for their daily needs due to its flat topography. Moreover, the wide pavements, the extensive network of cycle lanes or specific paths for bikes, the removal of architectural barriers and the installation of lifts and escalators have also helped.