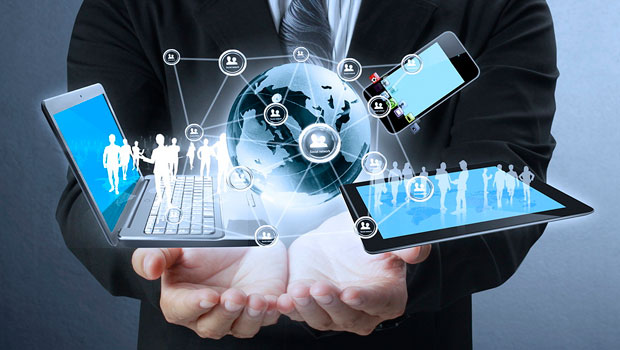 Last year Basque firms sold abroad more products of high technological value than ever, according to the data of the Basque Statistics Institute, Eustat. Deals with a value of €10,324 million were closed, topping pre-recession figures by 1,660 million.

Technology sales as a proportion of the whole rose to 46%, coming close to the peak recorded in 2005, when half of all exports from the Basque Country had a high level of R & D.

These are products that come out of Basque Country factories as a result of the local innovation culture. They include automotive components, cars, machine tools, general machinery, trains, aeroplane parts, domestic appliances, electronic and IT components, chemicals and pharmaceuticals. Sales of these goods rose 14% last year, beating by almost a thousand million the previous record, which dates from 2012, when exports as a whole also hit their highest level ever. 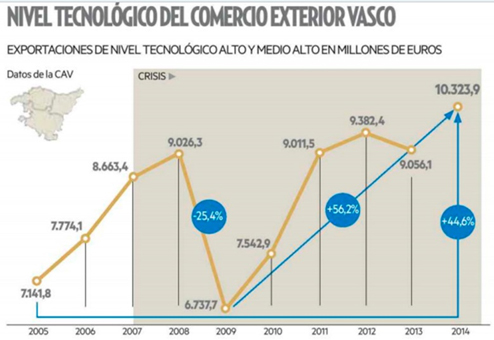 According to data from Eustat, in the Basque Historic Territory of Gipuzkoa machine tools feature prominently in the local economy, making up 50% of high-technology sales.

This percentage is very similar to that of automotive components alone (72%) in Araba. Sales by Mercedes and Michelin, which drive Araba’s economy, act as a seedbed for automotive-related lines of business.

Bizkaia enjoys two big advantages over Araba and Gipuzkoa. Firstly, it has the most sustained growth and, indeed, in 2013 it was the only one of the three that improved on its data. Secondly, it has the most diversified structure. Three powerful industrial sectors -automotive (30%), capital goods (27%) and the manufacture of chemicals (22%)- top 20%. If one of them undergoes a sector-wide downturn, the overall volume does not suffer excessively.

And if that weren’t sufficient to provide stability, Bizkaia also has the vehicle innovation hub, Automotive Intelligence Center, which drives R&D&I and is attracting more and more multinationals.

DESTINATION OF EXPORTS As for the markets that exports head for, most sales, a little over 61%, end up in the European Union. Of the €6,334 million total, just over €4,800 remains in the Euro Zone, mainly in Germany and France.

A further 1,500 million worth of high-technology goods cross over to America, over half of them bound for the Southern hemisphere. North America -Mexico, the United States and Canada- buys over €735 million worth of products of high added value.