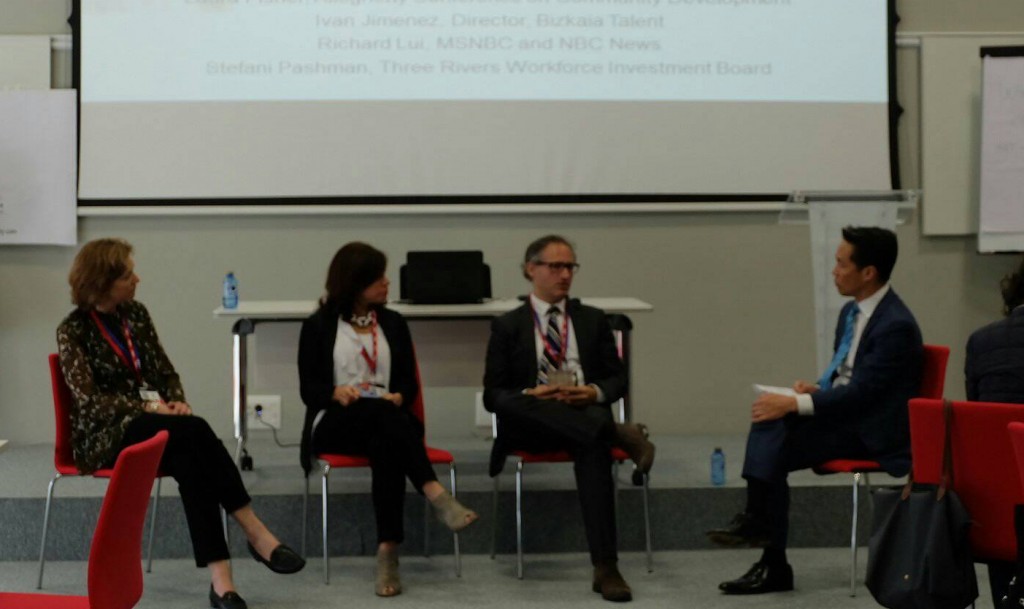 The talent attraction policies developed in Bizkaia-Basque Country through the Association bizkaia talent were present at the third edition of Bilbao Urban Innovation and Leadership Dialogues thanks to the participation of its managing director, Ivan Jimenez, in a round table under the title “The future of the World”.

The programme of the 3rd edition of Bilbao Urban Innovation and Leadership Dialogues (BUILD) included a round table where Mr. Jimenez explained and reflected on the actions and initiatives which are being carried out in the Basque Country on a local basis to attract highly-qualified people to our territory and thus construct more competitive and inhabitable metropolises through NETWORKING.

The managing director answered the questions of the attendees and briefly presented the operation of the Be Basque Talent Network, the largest network of professionals who are or want to be in contact with the Basque Country and its socio-economic situation, with more than 7,500 users and 200 organizations. He also talked about the programme Competencies for Professionalism in Bizkaia, whose third edition is taking place this year.

BUILD 2016 provides the opportunity to strengthen networking between US cities and European cities and positions Bilbao as a reference for the analysis on the enhancement of urban spaces on both sides of the Atlantic.

The strategic Alliance between the German Marshall Fund (GMF) and the City Council of Bilbao, which started in 2013 on the occasion of the Mayors Forum held in this city, has made it possible to reach important agreements on urban planning and innovation matters.

At the first forum, held in 2014, there was an exchange of ideas on concepts such as sustainability, inclusion, leadership and internationalization as the key features to be developed by the cities of the United States and Europe. BUILD 2015’s goal, on the other hand, was the implementation, through innovative leadership, of the ideas and conclusions reached in the previous edition.

Bilbao has a Technical Office of the German Marshall Fund, thanks to the agreement reached in 2013 by the City Council of Bilbao and the American organization, which was renewed in January 2015.

The German Marshall Fund is a non-profit institution established in 1972 as a contribution from Germany to the United States, so as to serve as a permanent tribute to the Marshall Plan, the programme to aid Europe carried out by the United States after the Second World War. Its fundamental purpose is to reinforce transatlantic cooperation on issues related to regional, national and global strategies and opportunities. 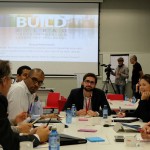 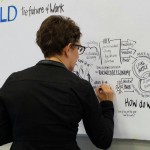