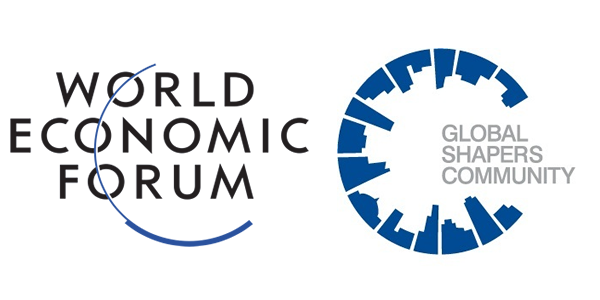 It is now 11 years since the Provincial Council of Bizkaia established the Association to attract, retain and link highly-qualified people to the area of Bilbao – Bizkaia – Basque Country in order to prevent the crisis from forcing young talents to go to other countries in search for better opportunities. The provincial institution recently noticed that the model of bizkaia talent is similar to that of the World Economic Forum, sponsored by the Davos Forum, and has decided to join this initiative.

After establishing and guaranteeing the networks of Madrid and Catalonia, the World Economic Forum (WEF) or Davos Forum, gave the go-ahead to Global Shapers Bilbao. It is a network made up of young Basque talents with high qualifications and leadership skills who are looking for a change in the struggle against inequality.

The initiative was designed by Klaus Schwab, the founder of WEF, and consists of a network of hubs connected all over the world and developed and led by young men and women who intend to make a contribution to their community. This community led by young men and women between 20 and 30 years of age has been established in Bilbao within the framework of the experimental programme Lekandene 2015 of the Basque Innovation Agency, Innobasque, which focuses on collaboration between partner associations, especially SMEs, so that they become more innovative and achieve an economic and social return. This initiative has the support of Ikashub, ImproveChange.org, Innobasque and Deustotech as well as the collaboration of bizkaia talent, which has helped in the shapers selection process and is a member of its Advisory Board through its Managing Director, Ivan Jimenez.

Three challenges were submitted in July for the Shaper community of Bilbao to collaborate: Fair Saturday, Koop SF34 and The Good Lobby. Jordi Albareda is the person in charge of Fair Saturday, a global cultural and social movement developed by artists and cultural associations which perform massively every last Saturday of November supporting an NGO or social project with each event. In 2015, 3,925 artists participated in 203 events in 45 cities all over the world which were attended by 83,537 people.

The Basque man of Cameroonian origin George Belinga explains that Koop SF34 is a non-profit association for African entrepreneurs in the San Francisco neighbourhood of Bilbao – which used to be known as the ‘red-light district’ of Bilbao in the 70s and 80s and is now a cradle of entrepreneurs – aimed at guiding and supporting them to overcome the difficulties they are facing (language, funding, premises…) so that they can make their dreams come true. This micro-business incubator wants to promote local development and employment among African residents so that they become a role model for the children who live in the neighbourhood. This space brings together 11 projects launched by 20 people.

The lobbyist Alberto Alemanno, an Italian entrepreneur who lives in Getxo and works in Brussels, considers that political power is increasingly distributed unequally while at the same time a citizen empowerment trend is emerging. To make the difference and influence on public policies, he proposes lobbying as an effective way of making government and non-government organizations put their talent and experience together so as to defend the common good. His initiative, The Good Lobby, consists in grouping people with high personal skills so that students, academics and professionals can use them on a voluntary basis to influence on social policies.

The people in charge of the Bilbao hub have stated that they are going to continue recruiting university talent for this project: “We are now involved in the process of creating the platform and in September we will be fully operational as another organization within Global Shapers”.