The Basque Country, in the upper zone of the European table for regional social progress 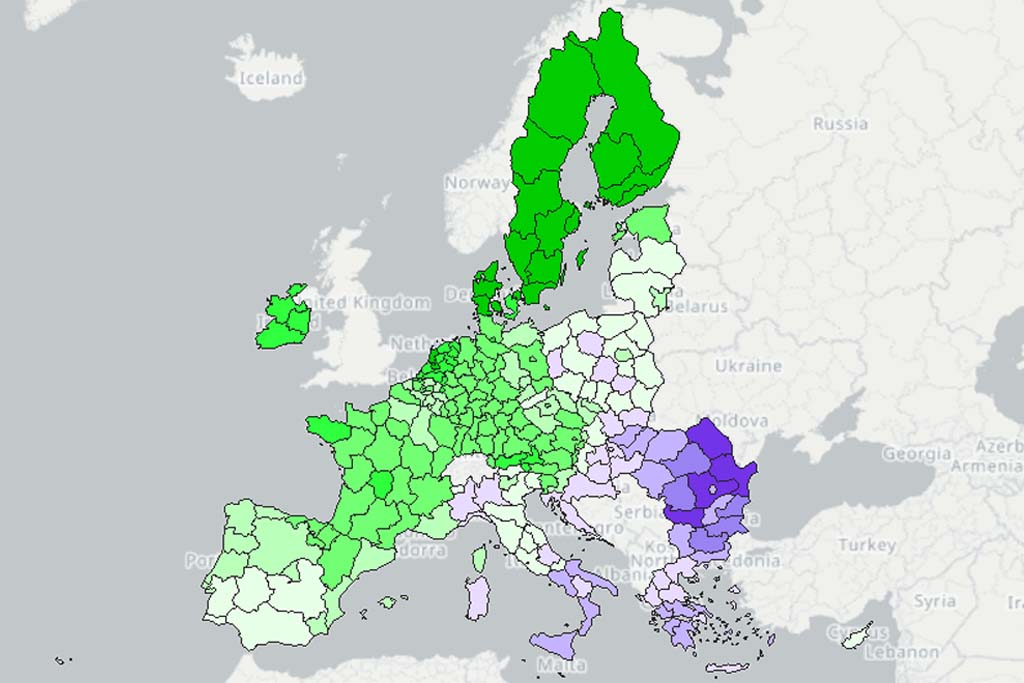 The European Commission has recently published its Social Progress Index 2020. This is a comparative study of the evolution of all of Europe’s regions over the last four years. The Index measures social progress in European regions, at the NUTS2 level, using twelve components described by a total number of fifty-five comparable social and environmental indicators, purposefully excluding economic aspects. The indicators of this index are grouped around a common framework which contains three dimensions: basic human needs, foundations of wellbeing and opportunities.

With a score of 73.9 out of 100, an increase of 2.5 points with respect to 2016 (71.41), the Basque Country has made substantial progress in Europe over the last four years, rising from 102nd position in 2016 to its current 48th position out of a total of 240 regions. The European average is 66.7 points and the top ten positions in the ranking are occupied by Swedish, Danish and Finnish regions of the Nordic countries.

Finally, it should be emphasised that the Basque Country has managed to increase its marks from four years ago in all three of the previously mentioned dimensions: basic human needs rising from 84.31 to 86.2, foundations of wellbeing from 67.59 to 72.4 and opportunities from 63.16 to 63.9.