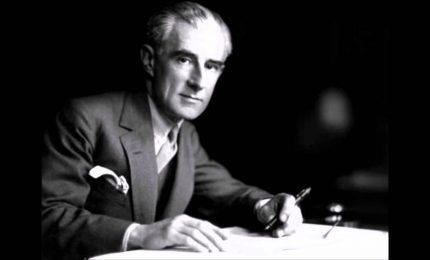 Maurice Ravel: the Basque composer who believed in his country

Maurice Ravel was born on 7 March 1875 in the Basque town of Ciboure (Lapurdi). He is one of the greatest composers of the extraordinary creative period which goes from the last decades of the 19th century to the start of the Second World War.

A top reference for classical music lovers and a popular reference thanks, above all, to his “Bolero“, which has been a key element in film soundtracks since 1936 (including the Japanese  Rashōmon, one of Akira Kurosawa’s masterpieces, released in 1950); or very successful songs with Gilbert Bécaud’s Et maintenant, written in 1961.

In 1901 he competed for the Grand Prix de Rome, which guaranteed the official recognition of the winner. He won the second prize for a cantata titled Myrrha, written in a style which sought to adapt to the conservative taste of the jury and which did not coincide at all with that which Ravel explored in works such as the pianistic Jeuxd’eau, in which he drew new sonorities out of the high register of the piano. He participated on three other occasions, in 1902, 1903 and 1905, but never won the prestigious award. On the last of them he was eliminated at the preliminary round and this caused a scandal in the press which even resulted in the director of the Conservatoire losing his post.