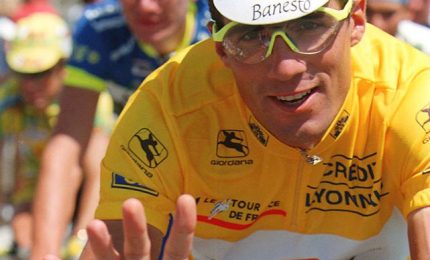 Miguel Indurain – The king of the bike

According to the Cycling Hall of Fame he is considered to be one of the best cyclists in history (together with Eddy Merckx, Bernard Hinault, Jacques Anquetil and Fausto Coppi).

He received the Prince of Asturias Award for Sports, among other awards, in recognition to his sports career.