Design has been a fundamental tool in the transformation of the capital of Bizkaia. Bilbao is now a modern, innovative city and, as such, it has managed not only to improve the quality of life of its inhabitants but also to put itself on the world’s map. Interestingly, Bilbao went into the top-three ranking in the selection made by the International Council of Societies of Industrial Design (Icsid) in the final election for the World Design Capital 2014. 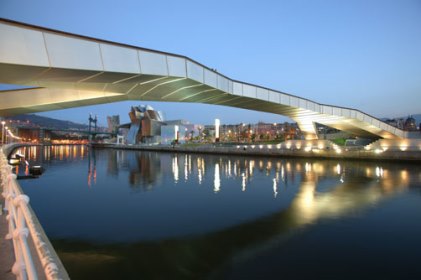 In the past 20 years, Bilbao has morphed into a super modern city from being an industrial town. The Guggenheim Museum, designed by Frank Gehry and his architectural team, was the driving force for the urban redevelopment that turned Bilbao into a friendly space for citizens. Good examples are the walkways on the banks of the river Nervión. Until the early 1990s, the area was highly deteriorated whereas today it is one of the favourite recreational spots among locals. Reminders of the industrial past live together with tokens of cutting-edge design such as the Guggenheim Museum or theEuskalduna Conference Centre and Concert Hall, chosen as the World’s Best Conference Centre in 2003. 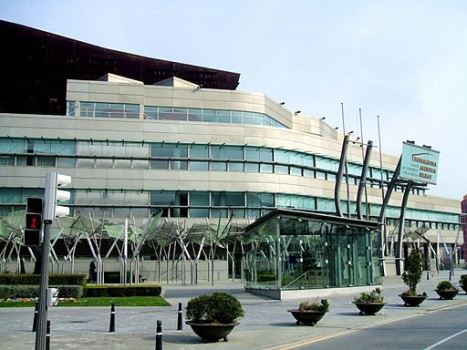 Alhóndiga Bilbao diseinu kontzeptualaren jaialdirako espazio perfektua da. Eusko Jaurlaritzak Designed by architect Norman Foster, Bilbao’s underground is an icon of the city’s design, and the glassy entrance canopies, known as ‘Fosteritos’, are a tourist attraction in their own right. Also on the town’s map are the Zubizuri bridge, a work by Santiago Calatrava;Isozaki Atea, a building complex by Japanese architect Arata Isozaki and Bilbao-born Iñaki Aurrekoetxea; the 165m-high Iberdrola Tower by César Pelli; and the glazed building constructed by architects Juan Coll-Barreu and Daniel Gutiérrez Zarza that is home to the Public Health Department of the Basque Government, all of them avant-garde architectural creations. Along the same lines is the renovation project entrusted to renowned architect Zaha Hadid for the area of Olabeaga and Zorrozaurre (Deusto canal).

Bizkaia has focused on design and creativity as a driving force for economic growth and international projection. To add impetus, the Bizkaia Provincial Council and the Bilbao Town Council launched theBilbao-Bizkaia Design & Creativity Council (BIDC), aimed at fostering, among other initiatives, the development of economic sectors closely linked to design and creativity. To do so, industrial design graduate and postgraduate programmes will be implemented, and business, learning, urban and social development action will be shown to the world in order to create a modern image of Bizkaia abroad.

In addition, the Bizkaia Provincial Council and the Bilbao Town Council are supporters of the B Awards Bilbao Bizkaia Concept Design Festival, established in 2011 and aimed at promoting relationships between international designers and architects and local professionals, as well as at showcasing Basque design at the international level. The core of the event is an international contest for young talents from prestigious universities. The venue chosen for the competition isAlhóndiga Bilbao, a place to discover and enjoy Basque design in the competing projects and their authors through talks, workshops, exhibitions, design & architecture tours, films, and a host of activities across Bilbao. 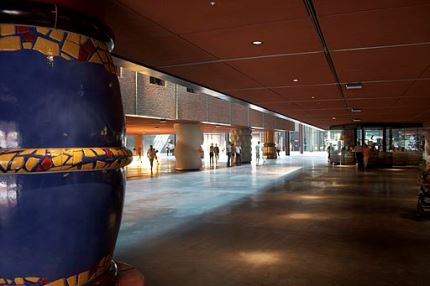 Alhóndiga Bilbao is perfect to play host to the conceptual design festival. Named an Asset of Cultural Interest by the Basque Government, the modernist building and former wine cellar was fully renovated, and new interior spaces were added designed by Philippe Starck. Reopened in 2010 to become one of Bilbao’s architectural landmarks, Alhóndiga Bilbao is now one of the leading cultural centres in the capital of Bizkaia.