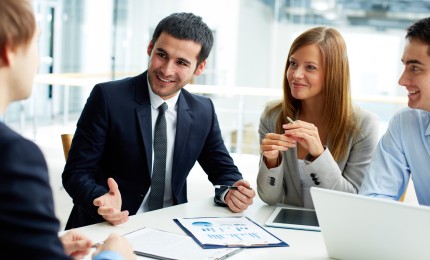 The Basque Country combines the highest gross salary, the productivity and the shortest working hours in the Spanish State

The average in the Basque Country in 2014 stood at 1,534 hours worked, that is, 155 fewer hours a year than in the Spanish State. As for the OECD, the Basque Country occupies the sixth position behind Germany, the Netherlands, Norway, Denmark and France, but ahead of countries such as Switzerland, Sweden or Finland with regard to the number of hours worked. They are all countries which are developing the most advanced work-family reconciliation policies in the world.

Below are two charts which show the working hours in the OECD in 2014 and in the Spanish State in the first quarter of 2015.

These data remain positive in 2015, since Basque workers worked 389 hours on average in the first quarter of the year and the Basque Country was the autonomous community with the lowest effective working hours in the State, where the average was 402 hours, according to a report prepared by Randstad.

Three variables were taken into account to make the calculation for this analysis: arranged annual hours, overtime and non-worked hours either due to holidays, days off, sick leaves or other reasons.

The average stands at 402 hours and Madrid, La Rioja and Cantabria are the communities where the highest number of hours is worked, with effective working hours above 407 hours per worker. In the Basque Country, professionals worked 389.10 effective hours in the first quarter, which is below the average.

Since 2008, 16 out of the 17 autonomous communities have undergone decreases in the average number of hours worked by their employees in the first three quarters of the year. The only community which has behaved differently is the Balearic Islands, where working hours have increased by 0.6%, from 404.10 hours in 2008 to 406.50 hours in 2015.

In spite of being the territory with the shortest working hours, the Basque Country is also the Autonomous Community with the highest labour productivity per worker in the Spanish State, way ahead of the second. The Basque Country has a labour productivity 30.50% higher than the average in Europe and occupies the third position as a country, only behind Luxembourg and Ireland. 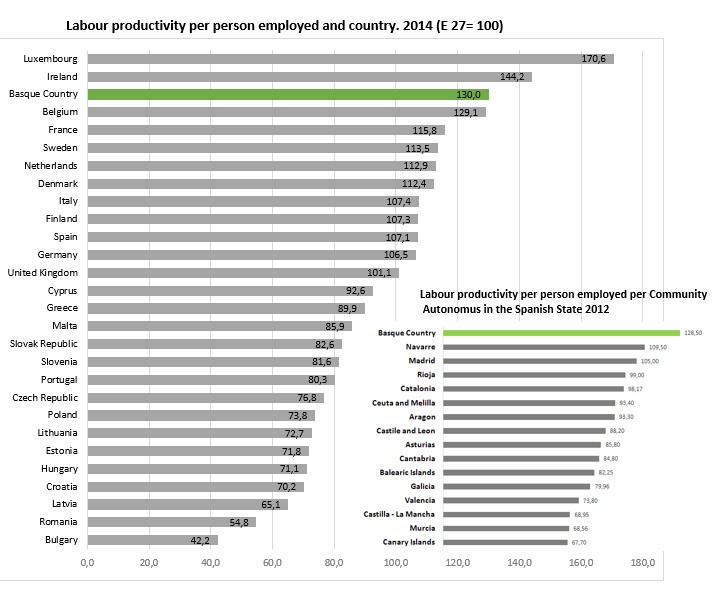 The data from the 3rd Annual Monitor on salaries by Adecco have also been published recently and show that salaries in Spain gained 0.2 purchasing power in 2014 after four consecutive years undergoing cuts due to the fall in prices. Thus, between the community with the highest salary (Basque Country, with 1,969 Euros) and the lowest (Extremadura, 1,353 Euros) there is a gap of more than 600 Euros.

Source: Adecco/ Barceló & asociados based on the INE (National Institute of Statistics) and Eurostat

When we compare these data to other European countries and due to the differences in the distribution of work-related taxes (which part is paid by the employer and which part is paid by the employee) in the different countries, it is necessary to refer to the net disposable household income rather than to the gross salary. In this regard, we can see that the Basque Country occupies the fourth position in Europe, with a net household income of 33,767 Euros. Leaving non-EU members Switzerland and Norway aside, the Basque Country occupies the second position in the ranking, only behind Luxembourg within the European Union. 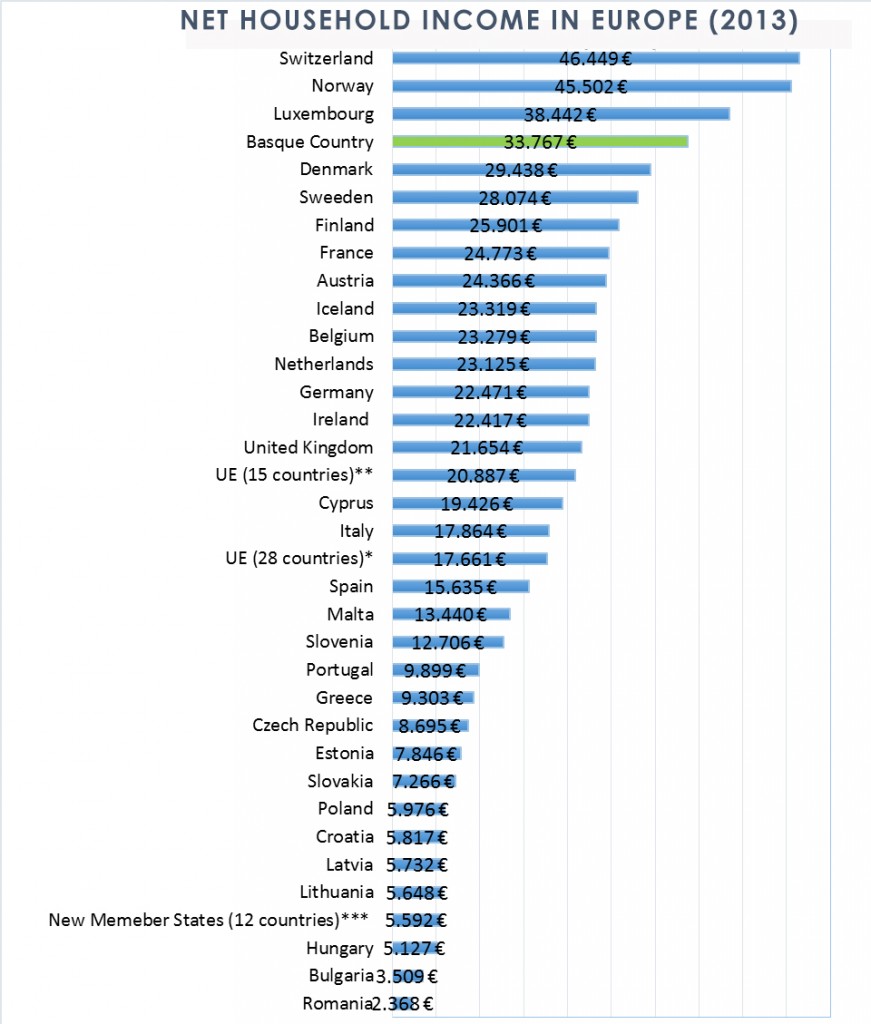