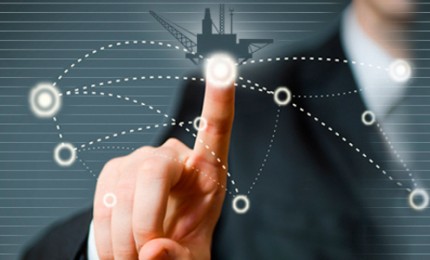 Bizkaia and the Basque Country, European benchmarks in energy, research and innovation

Gas Natural, Unión Fenosa, Iberdrola, Kutxabank, La Caixa are some of the companies that form part of the Iberian Gas Hub project. Set up in 2011 with the creation of the Promotora Bilbao Hub Gas Sociedad by Bilbao Bizkaia Kutxa (BBK), the Basque Energy Entity (EVE) and Enagás, which was later joined by the Regional Government of Catalonia through the Catalan Energy Institute.

The Iberian Gas Hub has chosen Bilbao as its headquarters, which will make it the gas capital and one of the European references in this market. This will consolidate the strategic position of the Basque Country in this sector and project its image abroad.

The Bilbao Hub will be the framework in which wholesale gas operations are negotiated in Spain and Portugal. Furthermore, it will carry out activities aimed at fostering the necessary market, logistical and financial services to facilitate liquefied natural gas and natural gas transactions. It will be the benchmark for price setting and facilitating logistical, market and financial services related to short-term transactions.

The transfer of the Biophysics Unit to the Leioa Science Park, backed by the Bizkaia Technology Park and the University of the Basque Country (alongside which it is located), will turn it into a European reference. These facilities, with an investment of 16 million euros,will multiply the available space (from 1,800 square metres to 9,000 square metres in the new location), mainly dedicated to laboratories.

The Biophysics Unit was set up in 1999 and dates back to the ‘Bio-membrane Group’ created in 1976 by Félix M. Goñi in the Department of Biochemistry of the UPV/EHU. In 1996, this group became an Associated Unit of the Higher Centre for Scientific Research. Its integration in the Higher Council for Scientific Research (CSIC) was completed in 1999. Its objective is to carry out high quality studies, particularly in the field of biological membranes (one of this research centre’s specialisations).

To foster the development of the Biophysics Unit, the BizkaiaBiophysics Foundation was set up in 2007 to channel funds and subsidies that enable the centre to conduct its activities.

In 2011, the Basque coastal town of Mutriku became the first European town to have a wave power station. It is a wave power project that is expected to generate 600,000 kWh of energy each year, with the capacity to meet the needs of 600 people.

Following investment of almost 7 million euros by the Basque Government, it is an extraordinary opportunity for the Basque Country to become a world leader in the marine energy sector. Furthermore, it has opened the door to new marine developments and the creation of a new production sector. 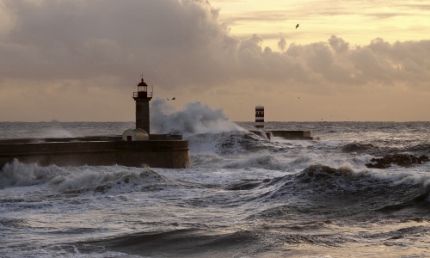 Wave power is the base of OCEANTEC (Oceantec  Energías Marinas, SL) which focuses on providing technological solutions and services and knowledge on the development, evaluation, implementation and operation of any type of device or activity related to capturing  energy from the marine environment. It is a company backed by Tecnalia and Iberdrola (both partners of Bizkaia Talent), which aims to promote the wave energy industry and has developed a wave energy converter to compete in the market as one of the most cost-effective in terms of energy produced and maintenance costs.

In addition to the strictly scientific and technical field, there are other initiatives in the cultural sphere. Hence, with the objective of turning Bizkaia into a benchmark in the European cultural and musical panorama, the Bizkaia International Music Experience (BIME) was born, a meeting point for music professionals.

BIME aims to foster commercial development, the exchange of knowledge and experiences, business creation and training and innovation in the music sector, involving professionals of new technologies, fashion and videogames. But it also seeks to take advantage of the pull of this international event in Bizkaia to promote the Historical Territory as a European musical and cultural benchmark, a tourist attraction, venue for worldwide events, as well as an event that generates wealth and economic activity. 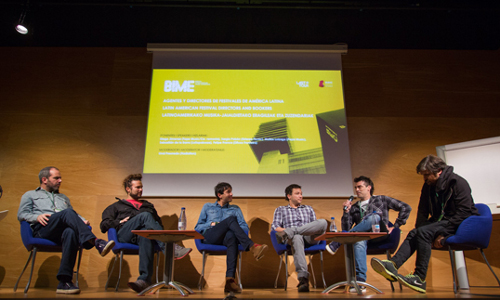 Benchmark Projects in the Basque Country

As we have been able to see, Bizkaia has important projects of European relevance and the Basque Country in general follows the same lines. Therefore, the Basque Government wishes to consolidate the position of all the Basque Historical Territories within the European Union as a benchmark in scientific and university politics, in addition to forging strategic alliances in innovation and knowledge, aspects that will become its hallmark. The 42 million euros that the Basque Government will assign to the funding of industry and the 415 million-euro budget from the Department for Economic Development and Competitiveness must be understood within this framework.  In recent years, the Basque Government has been promoting programmes and projects that have already become a European benchmark, or are on the way to becoming one.

In this respect, the European Union cites the Basque Innovation Agency (Innobasque) as a benchmark experience in thepublication ‘Guide to Social Innovation’ within the framework of the Europe 2020 Strategy. Since its presentation in January 2008, Innobasque has been considered as an innovative model of social and economic change that seeks to be a catalyst in the transformation projects that will convert the Basque Country into a European innovation benchmark by 2030. Its field of action encompasses economic, social, scientific-technological and institutional spheres of the Basque Country, with the involvement of society through companies, NGO’s, unions, members of the Basque Science, Technology and Innovation Network.

On the other hand, the European institutions consider thedevelopment of Vocational Training (FP) in the Basque Country to be a model to follow towards the ‘Europe 2020 Strategy’ programme, which places the Basque Country and its model at the cutting edge of FP in Europe.

Two of the aspects that stand out from the Basque Vocational Training Strategy are the close relationship between FP centres and companies and the model of centres that is being developed in the Basque Country. It has caused such an impression that the European Commission wants the Basque authorities to present their experiences in different community forums and explain their proposal that responds to today’s challenges.

An example of a union of companies which also serves as a benchmark in Europe is Mugielec. This consortium is made up of twelve Basque technology companies from the electric sector which have joined forces to offer electric vehicle recharging solutions. It is a project that will turn the Basque Country into a European benchmark in the production of equipment and systems for recharging and integrating hybrid and electric vehicles (charging facilities, recharging in public spaces or at home and private garage spaces).

Basque technology for recharging electric vehicles seeks to obtain a leading position in an important sector, with future potential at an international level which will create new job opportunities. It will alsoboost sustainable mobility, with the subsequent reduction of acoustic and atmospheric pollution.