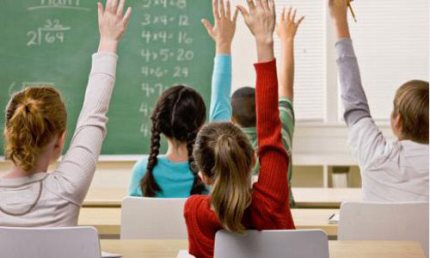 Schools in Bizkaia are among the best in Spanish State

The excellence of teaching in Bizkaia, and in the Basque Country as a whole, is made clear in a study entitled “100 schools”, an exhaustive report reflecting the quality and strong performance of schools in our historic territories. In this study, the Basque Country is ranked second among the different regions in the Spanish State, only behind Asturias, and ahead of Catalonia and Madrid.

In the 14th edition of this report (2013-2014), several schools in Bizkaia are ranked very highly and stand out from over 1,000 schools in the country, based on 27 criteria such as educational model, languages, teaching staff, support for special needs, extra-curricular activities, number of students per classroom, price, transportation, lunches, and facilities, to name but a few.

Lauaxeta Ikastola, located in the municipality of Amorebieta, is the best school in Spanish State, with 96 out of a possible 100 points. It is an‘Ikastola’, meaning that the basic language of education is Basque, orEuskera. Lauaxeta is a grant-maintained co-educational school, supported through public and private funding. It offers numerous extra curricular activities such as sport (football, swimming, chess, basketball…), languages (English courses in Ireland over the summer…), a wide cultural offer (Basque dancing, theatre, guitar, choir…), and a whole host of free-time activities (courses, first aid, lifesaving, mountaineering…).

This Ikastola places a particular emphasis on language learning from a very young age (Basque from the age of 2, English at 4, Spanish at 6, and French at 12).

The study carried out by the newspaper El Mundo states: “It continues to set the standard for schools within State and abroad. Its values-based programme, emotional education sessions, English reading and writing teaching in Reception, student work based on the development of projects (all students aged 10 to 16 work every year in groups to respond to a real problem in society) are a few of the characteristics valued most highly by families”

El Colegio Vizcaya, located in Zamudio, is also grant-maintained and co-educational. It is a plurilingual school – founded as a cooperative – that encourages languages among its students. The languages taught are Spanish, Basque, English (from Reception) and French (at secondary level). El Vizcaya is also part of the University of Cambridge School Project, which means that students can prepare for and sit official Cambridge exams at the school. It also offers extra-curricular classes in different languages (English, French, Basque, German, and Chinese),

Its teaching methods attract the interest of other schools (within State and abroad), which is reflected in the ‘100 schools’ study: “As a result of its strong performance, el Colegio Vizcaya was chosen to present itsoutstanding practices at the EFQM Forum 2010. The school was visited by the heads of different educational organisations from 16 different countries, including Saudia Arabia, Turkey, Australia, Russia, Arab Emirates, Austria and Singapore. In this academic year alone, the school has beenvisited by eight other schools interested in learning more about its teaching methods”.

However, these are not the only schools that deserve special recognition. In the survey of the best schools in Spanish State 2013-2014, there are other schools in the historical territories of the Basque Country that also offer an outstanding education, services, and facilities, such as Urdaneta, Begoñazpi, Ayalde and Maristas (Bizkaia) Urkide and Carmelitas (Álava), and Axular (Gipuzkoa). In addition, in the section on International schools, we find the Colegio Alemán (Bizkaia.