Basque Country, a piece of paradise full of contrasts

Green valleys, mountain forests, calm waters, vertigo-inducing cliffs, wonderful beaches, big cities and small rural villages. The Basque Country is full of contrasts: home to the modern and the traditional, the city and the country.

The lovely beaches in the Basque Country are an ideal vantage point to admire the contrasts of the coastal landscape. From steep, rugged cliffs that turn into amazing lookouts on the coastline to smooth sands caressed by docile waves, the Basque coast has it all.

In Bizkaia, as part of the Urdaibai Biosphere Reserve, there are two outstanding beaches: Laga and Laida. Located in the town of Ibarrangelu, they are quiet in spite of the crowds of beachgoers. Powdery sand, calm waters and a beauty unspoilt by progress. Family-friendly beaches are Plentzia and Gorliz, tucked away on a beautiful bay by the estuary in Plentzia and flanked by a long waterfront promenade. Atxabiribil, Arrietara, Barinatxe or La Salvaje, in Sopelana, feature towering waves attracting surf lovers.

In Gipuzkoa, the mellow La Concha beach is right in the heart of Donostia-San Sebastián, which is why it gets quite busy in the summer. A short ride from Donostia is Zarautz, a wonderful 2km-long beach – actually, the longest stretch of beach in the Basque Country. Surrounded by stately homes and mansions built by the affluent local bourgeoisie during the nineteenth century, Zarautz was the summer resort of Bourbon Queen Isabella II of Spain, which is why it is popularly called ‘The Queen Beach.’

From the sea-level beaches, the land ascends to the highestmountains, like Gorbeia (1,481m), a must for climbing lovers. Halfway between the Historical Territories of Álava-Araba and Bizkaia, the Gorbeia offers an easy climb that requires the lowest level of fitness, thus inviting the whole family to get to the mountaintop, where a cross, an emblem of this Basque mountain, stands. 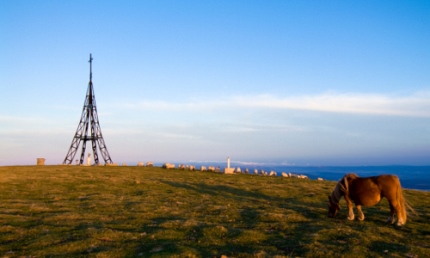 In Urkiola Nature Park there rises the Anboto (1,331m). It is in the Historical Territory of Bizkaia, but part of it is in Álava-Araba. Legend has it that Mari, personification of Mother Earth, lives in a cavern on the east slope of Mount Anboto.

Aitxuri (1,551m), in Gipuzkoa, is the highest mountain in the Aizkorri massif and in the Basque Country as well. This massif also has theArbelaitz (1,513m), the third highest mountain of the three Historical Territories. Imbued with history and mythology, these mountains are set in one of the most wonderful areas in the Basque Country. Here you will find the dolmens of Urbia, the sanctuary of Arantzazu or the shrine of Santo Cristo. Finally, there is the Aratz (1,443m), in the sierra of Altzania, Gipuzkoa, whose summit belongs to Álava-Araba.

And to admire nature in all its splendour, you cannot miss theUrdaibai Biosphere Reserve nor Armañón Nature Park (both in Bizkaia), Aiako Harria and Pagoeta Nature Parks (both in Gipuzkoa),Aralar (straddling Gipuzkoa and Navarra), Aizkorri (in Gipuzkoa and Álava-Araba) and Izki (Álava-Araba), among other beautiful natural areas.

From nature at its best you are a few steps from the most modern, cosmopolitan cities, such as the capitals of the Basque Territories of Bizkaia, Gipuzkoa and Álava: Bilbao, Donostia-San Sebastián and Vitoria-Gasteiz, respectively.

Bilbao is, definitely, the Basque Country’s largest city and the most cosmopolitan in character, exciting and densely populated as it is. It knew how to regenerate itself, transforming its physiognomy while keeping its charisma and charm. Thanks to its quality and modern character, the capital of the Historical Territory of Bizkaia has made it to the top of the list of major cities in Western Europe.

Today, some of the world’s most dramatic architectural statements –the Guggenheim Museum Bilbao, the Euskalduna Conference Centre or the Isozaki Atea Towers – dot the heart of Bilbao. In addition, Bilbao is home to a good number of museums, it stages lots of cultural and music events, and is connected via the estuary to one of the icons of Greater Bilbao (the metropolitan area embracing Bilbao and a number of smaller outer locations): the Puente Colgante(a transporter bridge between Portugalete and Las Arenas), a Unesco World Heritage site. 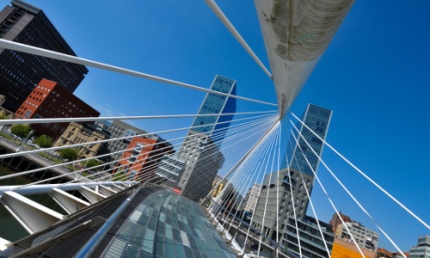 Bilbao is a metropolis with a character of its own that bets on modernity while being proud of its old traditions. In fact, the shopping and social hub is still the Casco Viejo (Old Town), also known as Las Siete Calles (The Seven Streets). This is the area which witnessed the birth and expansion of the old town, where the oldest and most stylish buildings, stores and restaurants cluster. Next to them stand stores and buildings that can boast of the latest trends in the world of fashion, leisure or services.

Donostia-San Sebastián became the Basque summer resort par excellence when Queen Regent María Cristina chose it as the summer residence of the court. The cultural events going on here, like the San Sebastián International Film Festival or the Jazz Festival, are amongst the town’s main claims to fame, as is its gastronomy. They say San Sebastián is the city with the highest number of Michelin stars per capita. Along with Paris, San Sebastián boasts three restaurants with three Michelin stars. However, it is its pintxos bars in the Old Town that are always good and packed with patrons. In them, you will find small bites of genuine culinary art that look eye-catching and mouth-watering.

As for Vitoria-Gasteiz, it is a modern city with a carefully planned urban layout, featuring broad pedestrian walkways in the town centre and a score of services for residents and visitors alike. Highly acclaimed for its green spaces – it won the European Green Capital Award in 2012 –, it has sports facilities and social and cultural centres. It seems that everything in Vitoria-Gasteiz has been designed to turn the city into an environment-friendly location.

This city has brought together modern features and a medieval past. The Old Town, named a Monument Complex, has maintained its rich historical heritage and proudly shows it to the younger generations, whose members live in a world ruled by the new technologies.

The countryside and coastal towns

The Basque essence and deep roots are to be found in the region’s hinterland and coastal villages, which have kept the Basque language(euskera) alive to the present day. These villages are proud of the past but do not resist the arrival of contemporary elements. They are places where culture stands next to nature, where fairs, festivals and Basque native sports are highlighted on the local calendar.

The sea, too, is closely linked to the Basque character. Embracing the entire Bay of Biscay, the wild Cantabrian Sea has shaped the personality and layout of the coastal villages. The people whose way of life is marked by the Cantabrian Sea have taken sports to the water, proof of which are the trainera regattas. The arrantzales (fishermen) still use traditional fishing methods to catch bonito del Norte, the most prized specimen of the tuna family. Basque fishermen have exploited fisheries around the world, opened new trading routes and discovering new worlds, where they settled bringing along the lifestyles of their homeland.

The above-mentioned coastal and hinterland villages are well worth a visit… as are all the other locations throughout the Basque Country.