The Basque Country is an international innovation hub and absolute leader in the whole of Spain in its category as a strong innovator in Europe. This is what the European Commission states in the Regional Innovation Scoreboard, RIS, which has just been published and which assesses innovation performance in 214 regions of 22 member states and Norway. In addition, Estonia, Cyprus, Latvia, Lithuania, Luxemburg and Malta are included at country level.

In spite of the fact that the most innovative regions of Europe are located in the most innovative countries, that is, those in the leading group, in moderate innovator countries there are 4 regional innovative hubs which stand out from the rest. In this group are the Basque Country, Piedmont and Friuli-Venezia Giulia in Italy or Bratislava in Slovakia.

In the European Scoreboard, regions are classified into four categories according to their different performance on innovation matters: innovation leaders (36 regions), strong innovators (65 regions, among them the Basque Country), moderate innovators (83 regions) and modest innovators (30 regions). 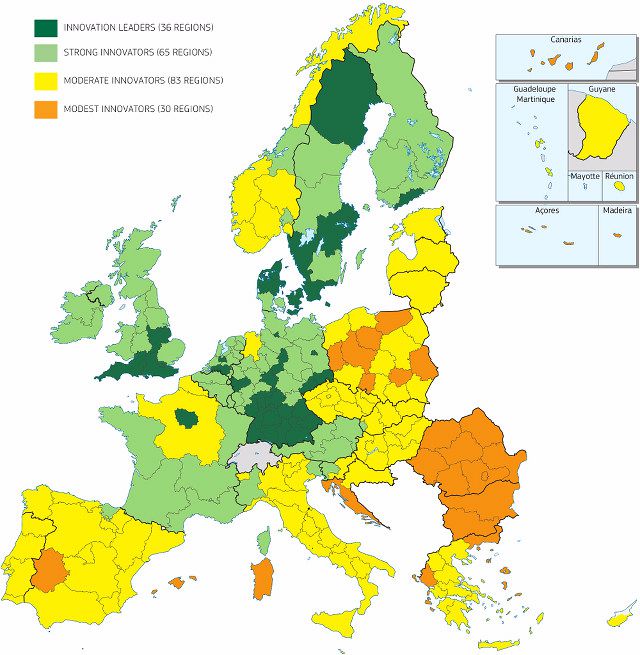