The Basque Country is once again at the head in average expenditure per student in public universities since both, the Basque Autonomous Community, which tops the ranking with 9,312 Euros, as well as Navarre, in second place with 8,355 Euros, are well above the average in the state, which stands at 6,480 Euros. In fact, the difference between what is invested in the Basque Country and in other communities reaches 4,000 Euros, since in the Balearic Islands –with the lowest investment per student at their university – the figure goes down to 5,277 Euros.

Therefore, the indicator of current expenditure per student by autonomous community  shows great variability, since some invest less than 5,600 Euros whereas some others surpass 9,000 Euros, such as for example the Basque Country.

These are the data recorded in the recent report by Conocimiento y Desarrollo (CyD) Foundation, Contribution of Spanish Universities to Development 2014, in the chapter dealing with an economic analysis of the public university system based on the data from the 47 public on-campus universities existing at present.

The 2014 report also points out that Universities must pay special attention to the employability of young people and promote even more the link between research and innovation and the starting up of new businesses. Moreover, in a world marked by the digital revolution, the study prepared by this Foundation supports the integration of digital technologies as a great opportunity to innovate in both on-campus and online education as well as in research.

The study also underlines the importance of attracting more foreign students and favouring mobility. According to the report “Only 2% of the students are foreign, as opposed to 8% in the European Union. An international culture must be fostered among young people so as to enable them to face the problems of an increasingly globalized world. If challenges are global, responses must also be global”. 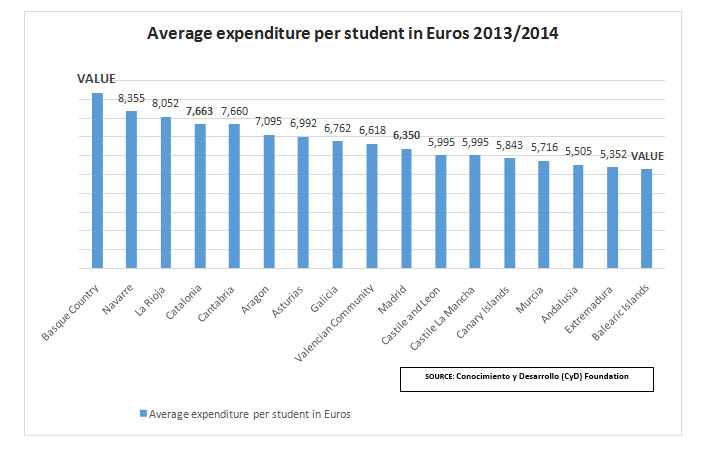