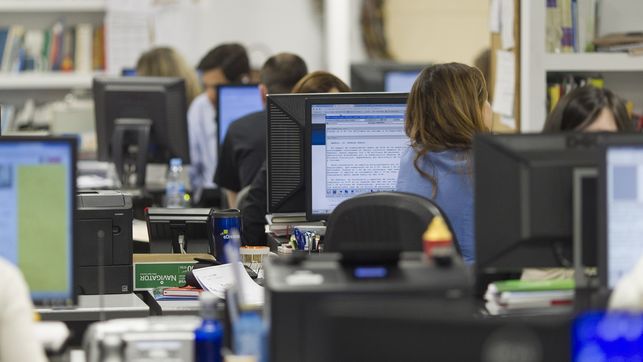 The number of people registered with the Social Security system increased by 3,576 and the number of unemployed decreased by 2,734

The Basque labour market has definitely taken off and employment is growing strongly, though driven by temporary hiring. The Basque Country surpassed in October the employment creation rate of the whole of 2014 and this trend was more pronounced in November, to the extent that, in a month which was rather modest as regards hiring in the State as a whole, the Basque figures for registration with the Social Security system where twice as high as those of the Spanish State.

To be precise, the system gained 3,576 contributors in the Basque Autonomous Community last month, whereas the balance in the State hardly showed an increase by 1,620 contributors. Nearly 17,000 jobs were gained in the Basque Country between January and November. This dynamism allows the Basque Country to remain above 900,000 workers, a figure which was surpassed in October for the first time since July 2012.