The Basque Country has the highest average salary in the Spanish State with 27,800 Euros

At the level of the Spanish State, the average salary increased by seven tenths and stood at 22,858 Euros. Women had an annual remuneration below this average (19,744 Euros), whereas men surpassed it (25,727 Euros). Therefore, the pay gap stood at nearly 6,000 Euros, in spite of the fact that women’s earnings increased by 1.2%, and men’s by two tenths. 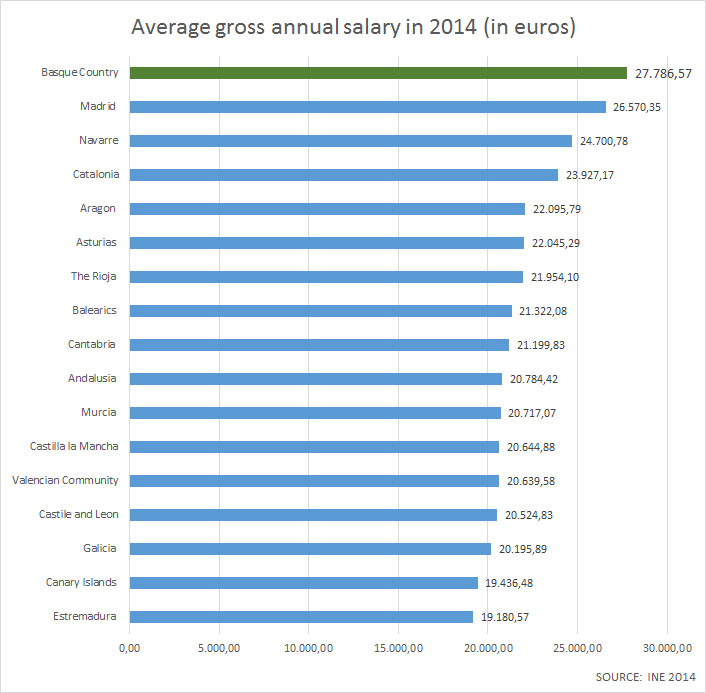