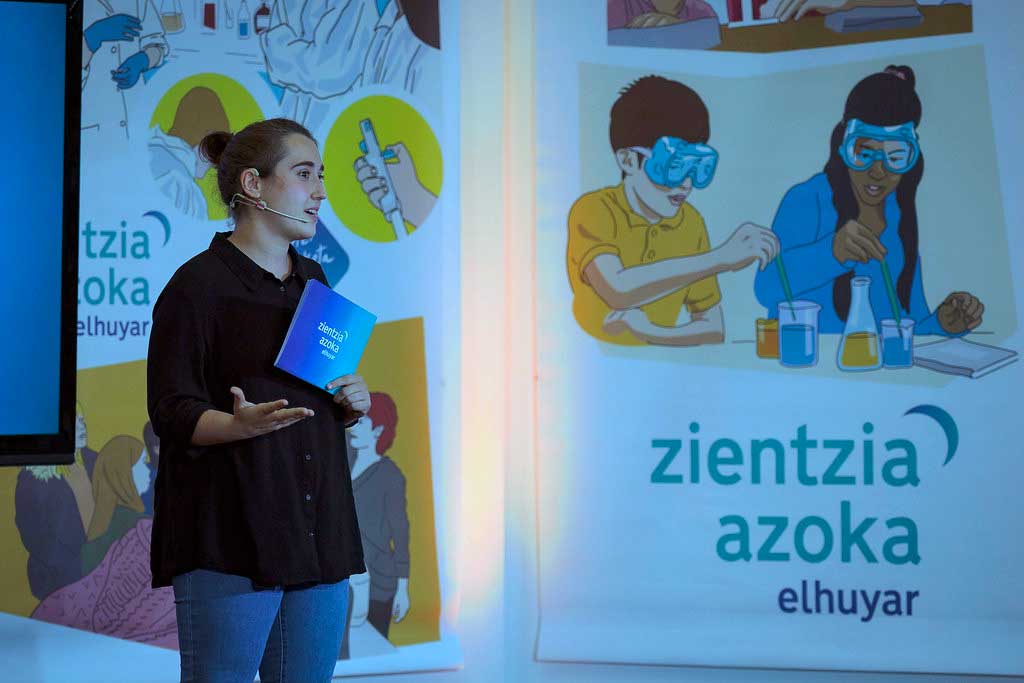 Bilbao has once again hosted the annual science fair of the Elhuyar Foundation, Zientzia Azoka, which was held on the 5th June, with the aim of promoting a scientific culture throughout society and awakening the interest of youngsters in scientific and technological matters.

Bizkaia Talent Grant for Sentsore-19
Bizkaia Talent, which has worked in close collaboration with Elhuyar Foundation for several years, awarded a prize to the creators of the Sentsore-19 project, based on a capacity counter and a CO2 measurer. The winning girls, from Uribarri Secondary School, were awarded a grant to participate in the Talentia Skills programme of skills for professionalism, with the condition that they study at one of the universities of the Basque Autonomous Community which are involved in the programme.