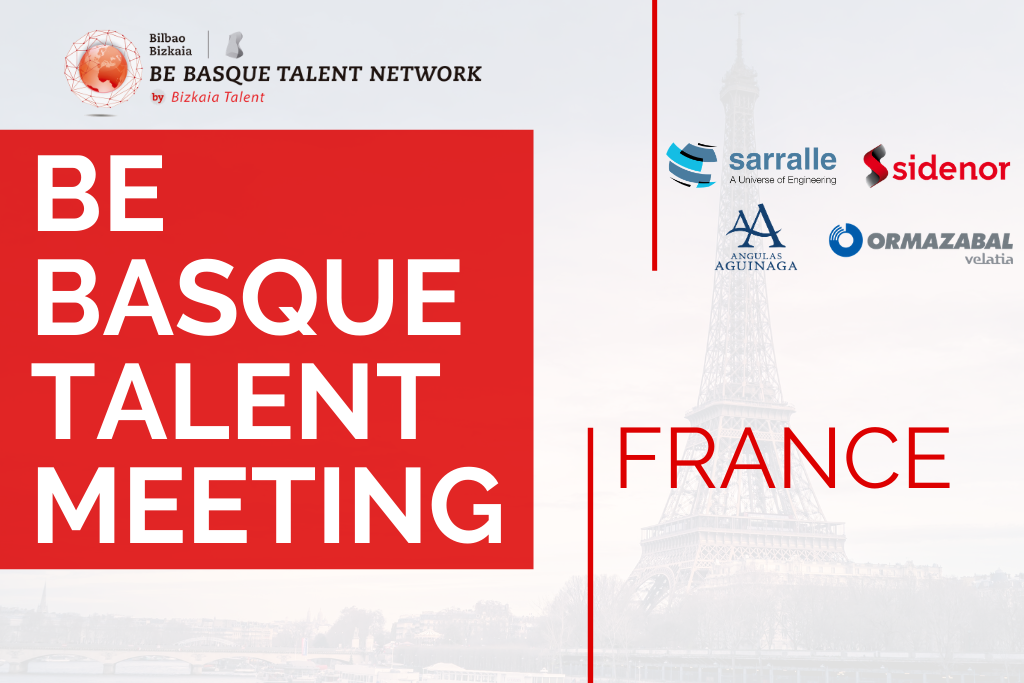 Bizkaia Talent has carried out the first Be Basque Talent Meeting (BBTM) of the year, aimed at highly qualified professionals who are developing their careers in France, on this occasion with the participation of four Basque companies and the testimony of two people who have returned from abroad. The event was divided into two online sessions with the same objective: to show the way to people who are studying their options to continue with their professional careers in the Basque Country.

The first session of the event took place at the end of February and was attended by representatives of the companies Sidenor and Grupo Sarralle, while the second session, which was held in the first week of March, featured Angulas Aguinaga and Ormazabal as invited companies. The four companies presented their respective corporate cultures, those special features that distinguish them from other companies, and they also reported on the profiles and skills which are currently most in demand.

Both sessions of the event shared a space in which the participants were able to discover the advantages of Bizkaia Talent’s Be Basque Talent Network and find out about the support offered by the Basque association to anybody interested in developing their professional career in the Basque Country: career development tools, tax advantages, support for partners and a long list of etceteras.

To bring the session to a close, a telecommunications engineer and a computer engineer explained why they had left Paris after living there for several years in order to embark on a new professional adventure in the Basque Country and they described their experiences in Bizkaia at both the professional and personal level after taking up the challenge to continue with their careers in the Basque Country.