The President of the Provincial Council of Biscay presents the diplomas to the participants in the sixth edition of the Talentia Programme of bizkaia:talent 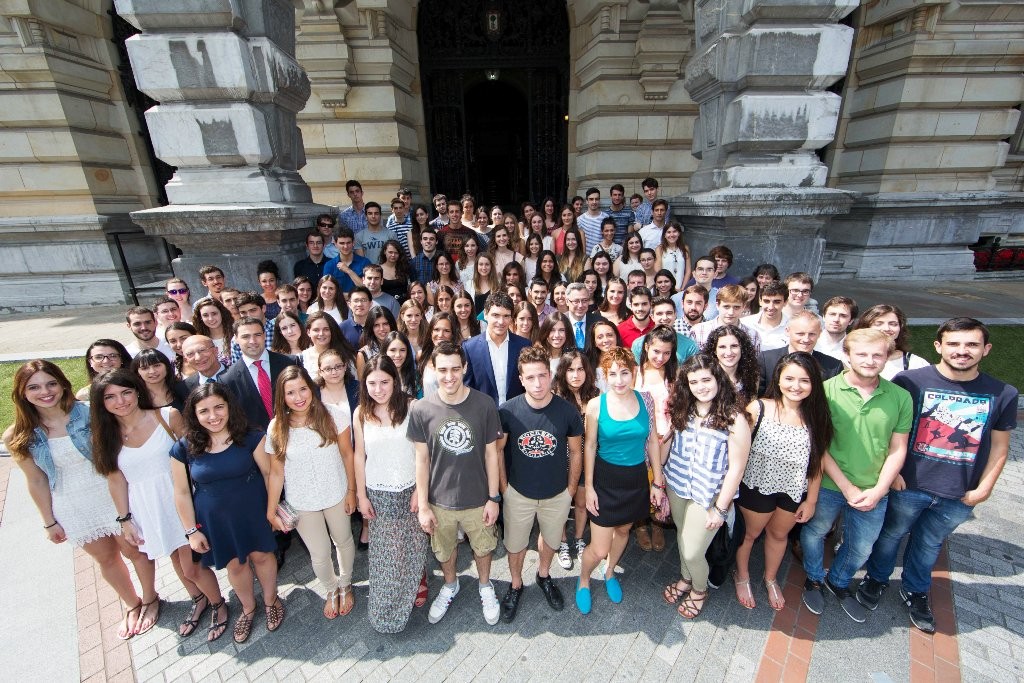 The President of the Provincial Council of Biscay, Unai Rementeria, presided the award ceremony of the sixth edition of the Talentia Programme, together with the vice-rectors of the three Basque Universities, Carmelo Garitaonaindia (University of the Basque Country), Victor Urcelay (University of Deusto) and Jon Altuna (Mondragon University), as well as the Councillor for Economic Promotion, Imanol Pradales, and the managing director of bizkaia:talent, Ivan Jimenez. In their presence, Rementeria launched an optimistic message for young people: “Do not let yourselves be dispirited by alarmist messages. Do not listen to those who say that there is no way out. There is. There are real opportunities. Maybe not as many as we would like, but we are working on that. Employment and economic reactivation are our priorities. What for? To keep investing in people. There is a future waiting for you. For sure “.

Talentia is a programme managed by bizkaia:talent which aims at guiding the students from Bizkaia with the highest potential at the three Basque Universities towards adequate job placement and professional development as well as supporting their engagement with the scientific, technological and business reality around them.

Throughout its six editions 903 students have been selected by the universities amongst those with the best academic records and other skills evaluated by each centre.  They are students in the final year of their degree who, from mid-February to early July receive guidance and personalized information on how to develop their professional career. Thus, they participate in professional and sectoral meetings, technical visits and workshops.

Likewise, they have attended several workshops, such as for example one on entrepreneurship with the collaboration of Beaz and another one on internationalization, which have been carried out within Talentia for the first time this year.

These activities have also included 16 sectoral meetings in which the students, according to their academic discipline, have talked with experts in those fields of study, and a conference under the banner “Stick up for yourself”, in which they were informed about how to face the active search for employment and were offered recommendations on how to attend a job interview.