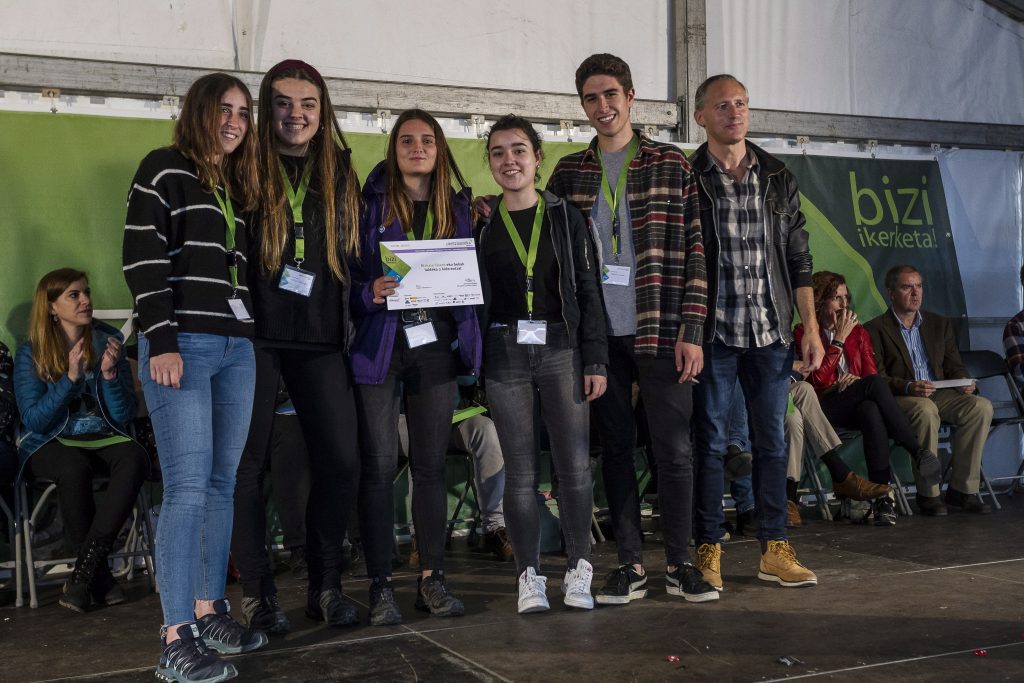 With the aim of promoting science culture throughout society and awakening the interest of youngsters in scientific-technological matters, a new edition of the science fair Zientzia Azoka organized by Elhuyar was held in Bilbao’s Plaza Nueva on the 11th May.

The event started at midday with the presentation by young researchers of the 90 science and technology projects which they have been working on over the course of the last year in response to a request and/or challenge. Also, in attendance at the event were representatives of the university and research centre professional researchers collective who were given the opportunity to present their projects.

Bizkaia Talent demonstrated to representatives of other countries such as France and Belgium, as well as to the parents who approached their stand its recently launched digital platform for the scientific analysis of transversal skills Kids and Skills and even the smallest children were able to try out this innovative tool.

As the afternoon progressed, the Managing Director of Bizkaia Talent Mr Ivan Jimenez awarded the four grants to the “Kaxoli” group of Ondarroa Secondary School who featured among the participants of the fair and who will have the opportunity to take part in Skills for Professionalism programme next year.