In 2014 the 245 companies, business groups and technology centres which make up the Gaia Cluster Association of electronic, information and telecommunication industries of the Basque Country put an end to five consecutive years of business cutback as their joint turnover amounted to 2,767.9 million and showed a 2.4% increase fostered in part by the domestic market.

In 2014, the companies in the sector employed 10,564 professionals in the Basque Country with growth prospects, whereas investment in R&D rose to 112 million Euros and international revenue amounted to 1,084.2 million, slightly above the same figure in 2013. The behaviour of exports was uneven, since there was a remarkable boost in medium and large companies in the information technology sector – with a 5.4% increase – as opposed to the slight 0.4% decrease undergone by large electronics firms.

Manuel Salaverria and Tomas Iriondo, the president and the director general of Gaia respectively, pointed out on the occasion of the annual meeting of the association held on Thursday, 4 June, in Gasteiz, that although the data as a whole make them think that the worst part of the crisis is over and the forecasts for 2015 point to a 6% increase in turnover, the aim is to be in a position to play the role which corresponds to the sector in the current context of business and economic transformation. They also stated that the driving forces of the sector in the future will derive from convergence models and from sharing local knowledge in order to undertake global projects. In this situation, they stressed the need to achieve inter-sectoral cooperation both in the search for smart specialization and in the addition of services. In this context, Gaia is developing a plan to align the needs of its companies with the training centres.

As for the immediate future, Manuel Salaverria has underlined that Smart Specialization –in keeping with the RIS3 Strategy of the Basque Government- has ICTs as the essential technologies for its development. “Servitization, adding services to the current product offering of our industry, is the area with the greatest innovation, growth potential and wealth generation in the Smart Specialization strategy”, he said. Therefore, having a powerful and consolidated ICT sector in the Basque Country “provides a clear competitive advantage for the country and its companies”. 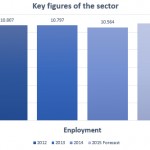 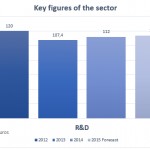 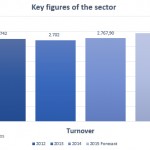 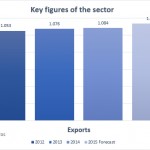