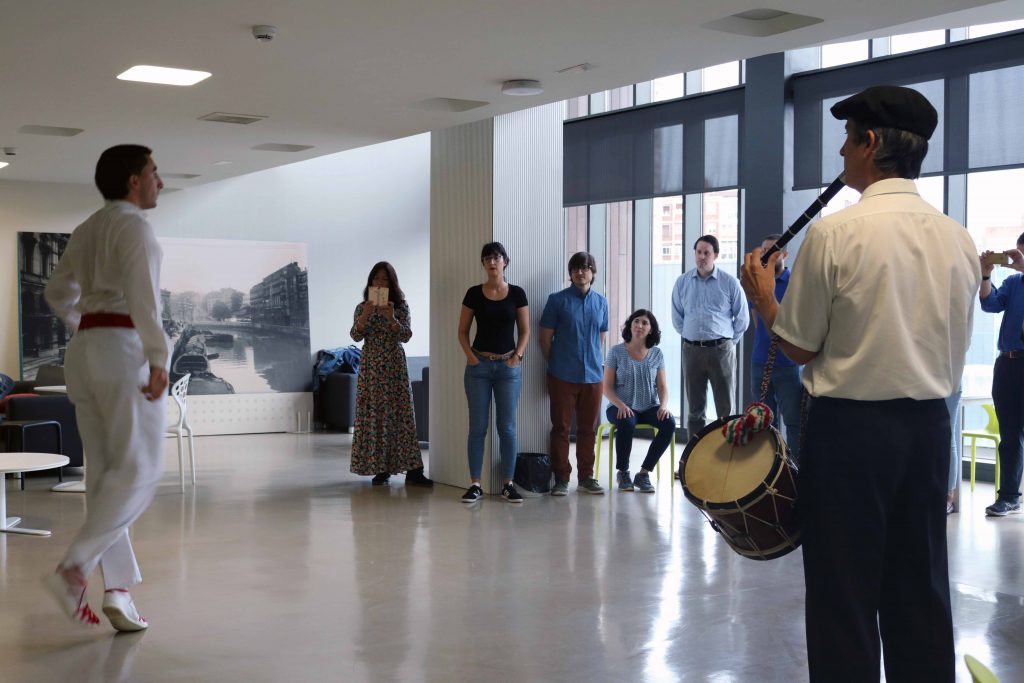 On the afternoon of the 4th October Bizkaia Talent organized a new sociocultural event within the framework of the Relocation and Be Basque Dual Career Centre service, which promotes interpersonal and professional relationships for improved social integration.

The event took place at the Bilbao BBK Talent Home where a group of twenty highly qualified professionals and their families were given the opportunity to immerse themselves in Basque culture and learn several traditional Basque dances such as “Txulalai” and “Zazpi Jauzi” from the professional dantzari Ander Linaza. Linaza also treated the participants to a performance of the popular “Aurresku”, a traditional dance which is performed as a kind of reverence, and he explained to them the origins of the dance. After listening to his explanation, the participants put their new knowledge into practice and some of them even expressed an interest in carrying on learning new dances.

The professional “txistulari” player Ivan Allué (traditional Basque wind instrument played with only one hand) also explained the history of several musical instruments such as the “alboca”, the “pandero” and the “dulzaina”. The soirée came to an end with a “pintxos” (typical bar snacks) tasting session and agreeable social conversation.

The professionals who took part in the activity come from numerous different countries such as Germany, Brazil, the United Kingdom, the Philippines and Italy, as well as Spanish State and Basque returnees from Burgos, Galicia, Madrid and Zaragoza. All of these are currently working at organizations such as UPV/EHU (University of the Basque Country), Ikerbasque, EIT Food South, Tecnalia and Deusto University. 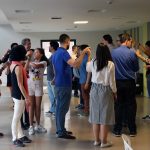 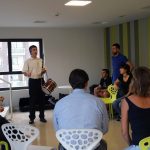 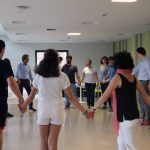 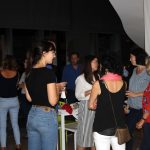 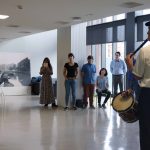