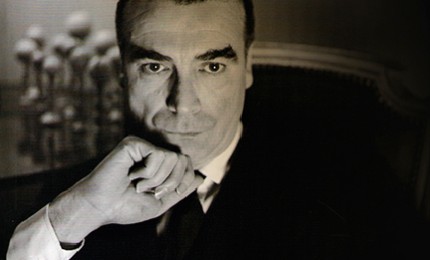 Cristobal Balenciaga Eizaguirre (Getaria, Basque Country, 21 January 1895 – Valencia, Spain, 23 March 1972), better known simply as Balenciaga, was a prestigious Basque fashion designer. He is considered to be one of the most important couturiers of history and developed his work mainly in the city of Paris for more than three decades. Before that, he trained in tailoring and had several labels of his own. He was the contemporary of Coco Chanel and Christian Dior. His work has been exhibited in many museums, such as the retrospective exhibition organized by the Metropolitan Museum of New York in 1973 (The World of Balenciaga) which was showcased for seven months with 180 outfits. Balenciaga’s creations were accompanied by paintings by Goya, Velázquez, El Greco, Zuloaga, Miró or Picasso in which the designs of the Basque dressmaker had sought inspiration. It was the first time that an art museum as important as the Metropolitan Museum of New York rose dresses to the category of works of art. In Spain there was another exhibition under the same name, El Mundo de Balenciaga, in the main halls of the Library Palace and National Museums of Madrid.

A foundation was established in his hometown, Getaria, to create a museum devoted to his figure and the Balenciaga Museum was inaugurated on 10 June 2011. The museum has some 1,200 pieces, although only some of them are shown at a time. The works are exhibited on invisible mannequins.

Moreover, the Museu Textil i d’Indumentària del Disseny Hub in Barcelona, has an extensive collection of dresses and accessories (especially hats) by Balenciaga. The Costume Museum of Madrid also has a fashion collection including dresses by Balenciaga.

Ava Gardner, Elizabeth Taylor, Maria Félix, Conchita Montenegro, Grace Kelly or Marlene Dietrich are just a few in a long list of actresses who wore his creations in front and behind the cameras and who the couturier made  greater at a time in which Hollywood indulged its stars.

At a time like that, it was not strange that the best Hollywood directors did not hesitate to call the great designers to create their costumes and Balenciaga was undoubtedly among them (1895-1972). He had a long-lasting and until now not very well known relation with the cinema which was studied and recovered by the Cristobal Balenciaga Museum in Getaria (Basque Country) with the exhibition ” Balenciaga’s dream, cinema”, which showed  twenty international films with costumes by the couturier through one hundred photographs.