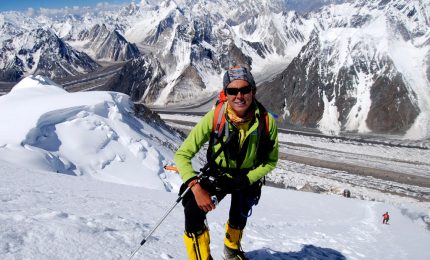 Edurne Pasaban – A life linked to the mountain

Edurne Pasaban was born in Tolosa on 1 August 1973. In addition to being the first woman ever to climb the 14 eight-thousanders in the world, she is an Industrial Engineering graduate from the University of the Basque Country, Master in Human Resources Management from ESADE Business School and Associate Professor of the Business Institute.

As a result of her devotion and effort she has received countless awards, such as the Gold Medal for Sporting Merit and the Queen Sofia Award to the Best Sportsperson of the Year in 2011.

Nowadays, Edurne combines her sporting career with her increasingly close ties with the business world, an area where she works as a lecturer for both national and international companies and for sports, cultural and educational organizations.