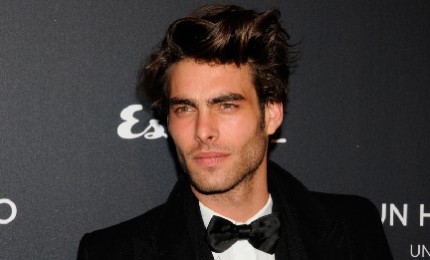 Jon Kortajarena Redruello (Bilbao, Basque Country, 19 May 1985) is a Basque model and actor.

Lucía Marzo discovered him in Bilbao, his hometown, when he was barely 16 years old. Hand in hand with Lucía, he began to travel the world until he arrived in New York and decided to spend some time there. He debuted in 2004 at the autumn show for Emporio Armani and John Galliano in Milan and Paris. In that same year, he became the face for Roberto Cavalli’s campaign Just Cavalli, photographed by Ellen Von Unwerth and of Versace by Steven Meisel. On the catwalk, he has modelled for great designers: Gianfranco Ferre, Dolce & Gabbana, Salvatore Ferragamo, Giorgio Armani, John Galliano, Chanel, Jean Paul Gaultier and Missoni, among others and is a must for the most renowned designers in the world both on the catwalk as well as for the most prestigious campaigns. Terry Richardson photographed Kortajarena for Tom Ford, which was the beginning of a close professional relationship with the designer. After nine seasons working together on many projects, Jon Kortajarena became Tom Ford’s fetish for nine seasons in a row.

On 15 December 2014, he was named Distinguished Citizen of Bilbao at an emotional event held at the City Hall.