Basque Country connected to the world

An international airport, the largest Atlantic port of Southern Europe, and a railway and road system that connects with Spanish and European cities allow easy access to any international destination, including the world’s main financial and business hubs. This turns Bizkaia into an attractive location to do business.

The capital of Bizkaia, Bilbao, has all the facilities of any big city and, at the same time, all the advantages and excellent quality of life of mid-sized towns. Among the facilities typical of this major economic and financial centre in the northern part of the Spanish state are major railway and road infrastructures, the most important international airport of the northern part of the Iberian Peninsula, the largest Atlantic port in Southern Europe, a coach terminal that serves the entire peninsula and many European cities, the most modern underground in Europe, tramway, etc.

All these modern infrastructures provide easy access from Bizkaia to the rest of the world and, together with its leading position in different innovation and industrial sectors, make this region an attractive one for making investments, doing business, reaching commercial deals, and so on.

One of the main communication infrastructures in Bizkaia is its rail network, which connects with the major cities in Spain, France and the rest of Europe via Irún-Hendaya, departing from Bilbao Abando Station. The network is about to be extended with the project known as ‘the Basque Y’, which is already under way, integrating it to the Madrid-Vitoria-Dax trans-European high-speed line, linking the three Basque capitals to the European rail system. 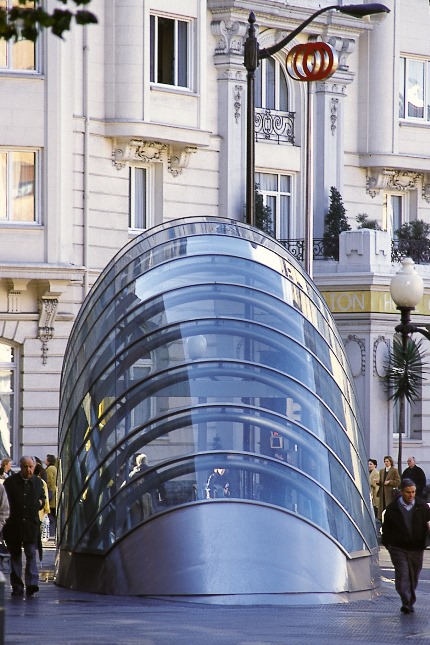 The underground has become one of the symbols of modern Bizkaia. Designed by Sir Norman Foster, Bilbao’s underground is the newest in Europe. It runs along Bilbao and Greater Bilbao, serving as a commuter train that is also popular with tourists, as it reaches seaside towns such as Portugalete, Santurce, Getxo or Plentzia. Inaugurated 15 years ago, this superb metro system is perfect to get around in town and the surrounding area, as it also gets to Abando Station (long-distance and commuter trains), the Termibus coach terminal and the commuter lines operated by Renfe from the San Mamés intermodal station, and the commuter line operated by Euskotrenthat connects Bilbao and the towns in the Txorierri Valley, e.g. Zamudio, where the Science and Technology Park of Bizkaia stands (departing from Casco Viejo Station, exit San Nicolás). One of the emblems of the capital of Bizkaia is the tramway, a quiet, environment-friendly means of transport that links the historic and modern districts of Bilbao. 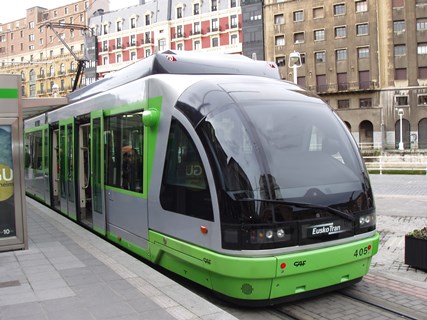 The road network is equally important. In the past years, the Basque Government and the Provincial Council of Bizkaia made heavy investments to improve roads and focused on road safety and traffic control, in order to try and minimise the impact of road traffic on the environment and promote sustainable accessibility.

On the mouth of the river Nervión, on its way into the Cantabrian Sea, there sit the infrastructures of the Port of Bilbao, one of the largest transportation and logistics hubs in the European Atlantic Arc, offering maritime services to every market. It is a gateway to the main European markets and the rest of the world, as well as to the Spanish dry or inland ports in Azuqueca de Henares, Coslada and Villafría, in Burgos, linked to it both by rail and road. 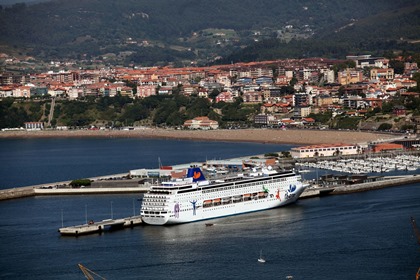 Located in Loiu, only 12km away from the city, Bilbao International Airport, serves as Bizkaia’s portal to the world, with over 400 weekly flights, both domestic and international. Designed by renowned architect Santiago Calatrava, the airport is the hub of big airlines like Air France, Lufthansa, Iberia, Air Berlin, Alitalia, Aer Lingus, Air Europa, SN Brussels Airlines and many others, offering direct flights to a great number of European destinations and also to other continents. Besides, the terminal is easily accessed from the capitals of the other Basque territories. 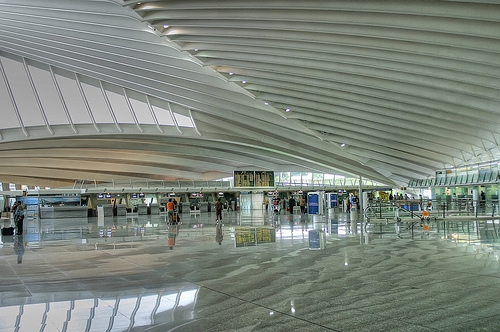