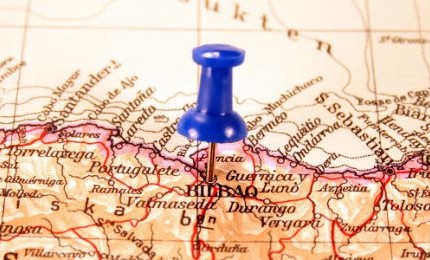 Where to live in Bizkaia

Bizkaia is a land of contrasts (land and sea, coast and hinterland). The Historical Territory offers lots of towns, villages and developments to live in, knowing that all basic services are guaranteed (healthcare, education, leisure and entertainment, transport). The capital, Bilbao, and its metropolitan area are, of course, the reference place of residence in the region.

There are many different places to live in in Bizkaia. It all depends on your individual preferences and needs. There is something for everyone: from cosmopolitan Bilbao, with its glamorous architecture and alluring cultural, entertainment and sports offer to coastal towns and villages like Plentzia, Mundaka or Lekeitio to hinterland Bizkaia and its rural villages, where peace and quiet set the pace of time.

Having undergone a major social, economic and architecturaltransformation whose icon is the Guggenheim Museum, the capital of Bizkaia has become not only an attractive tourist destination but also an interesting place to settle.

The rehabilitation of the banks of the estuary, giving rise to fine newly developed areas like Abandoibarra (from the Guggenheim Museum to the Euskalduna Conference Centre and Concert Hall), plus the improvements in several residential areas, which have resulted in better leisure facilities for citizens to enjoy, is at the core of Bilbao’s success – an urban planning model highly acclaimed in Europe and fascinating to visitors and residents alike. What is more, Bilbao is the city with the largest surface area dedicated to green spaces in the Spanish state, followed by the capital cities of the other two Basque Historical Territories. Geography is a key feature in Bilbao, for the city is stands close to the mountains and this makes it possible to be in contact with nature.

Together, the city parks and forest reserves make the Green Belt of Bilbao, connecting the two banks of the river and linking parks with 70km lanes to create the Bilbao long-distance trail (GR, from ‘Gran Recorrido’ in Spanish).

All these outstanding living conditions were reported in a 2012 survey from the Consumer and Users’ Association (OCU), which placedBilbao among the four best cities to live in in the Spanish State, following Vitoria-Gasteiz, also in the Basque Country, and preceding Madrid, Barcelona and many others. The report took into account such aspects as the cultural life, means of transport, services and the healthcare system.

To these four aspects we should add sports facilities – the new San Mamés Football Stadium, the Bilbao Arena Miribilla Sports Hall,Bizkaia Pelota Court – and newly developed recreational infrastructure to tip the balance and choose one of Bilbao’s eight districts, comprising as many as 21 different neighbourhoods: Besides Bilbao, there are other towns in Bizkaia offering a full list of services to residents (transport, leisure, health, etc.). There is Getxo, a leader in quality of life in the Basque Country according toQuality of Life Ranking of Spanish Municipalities, a report published by the University of Oviedo. On the right bank of the estuary there is also Leioa. They both lie less than 18km from Bilbao and can be reached by underground.

On the left bank there are Barakaldo, Santurtzi and Portugaleteare also great districts to live in, offering a wide variety of services, recreational areas and adequate road and underground connections (the underground takes 25 minutes to get from Bilbao to Santurtzi, the district that is furthest from the centre of town). The most affluent district in the Basque Country is Zamudio. According to Eustat data, in 2010 it had the highest GDP per capita in the three Historical Territories, courtesy of the Bizkaia Science and Technology Park, whose premises are located here. Moreover, it is surrounded by beautiful mountain landscapes and well-connected to Bilbao by road and rail (12km by car).

Finally, Loiu makes a nice place of residence too. It is among the four most affluent districts in the Basque Country (same report) and boasts high standards of living. More importantly, it is home to Bilbao International Airport, which makes it a transport hub at the regional level.

Living by the sea

The beauty of Bizkaia is best embodied by the coastal towns of the Historical Territory. The coastline, from Ondarroa to Muskiz, is 150km long. It is peppered with 28 beaches and a Biosphere Reserve,Urdaibai, designated as such by Unesco in 1984.

Plentzia and Sopelana are quiet places to live in, far from the madding crowds of big cities. The quality of life in them is high and they have beaches, drawing holidaymakers in the summer and water sports lovers – especially surfers – all year round. From either of them you can come to Bilbao by car (about 30km) or underground.

Lekeitio is a typical Basque seaside town with a cosy old town;Elantxobe affords stunning views of houses climbing up the mountain slopes; and Mundaka boasts the most powerful waves on Earth. All three can be reached by car, coach or train.

Living in the hinterland

Hinterland Bizkaia is characterized by rugged terrain: high mountains and valleys dominated by a rural environment. The interior of the Historical Territory is divided into three different regions:Duranguesado, the valleys of Arratia and Orduña. Here you can find medieval villages and great nature parks, like Urkiola or Gorbeia. Durango is one of the towns with the most beautiful landscapes: snow-capped mountains and the majestic river Ibaizabal. It is aservice city with more than 27,000 inhabitants. Being the main town in the area, it is well-connected by coach or train, and the Bilbao-Behobia highway gives easy access to the capital in about 40 minutes.

Elorrio is another nice hinterland town. Designated as a historical-monumental site, it features several interesting palaces and emblazoned houses from the twelfth and eighteenth centuries.

Arratia is a strong industrial area, giving jobs to thousands of people. Towns like Zeanuri, Artea or Areatza are all perched around the impressive Arratia Nature Park.

Last but not least, Orduña is the perfect place for hikers, mountaineers and nature lovers.

Other places to live in in the hinterland are Las Encartaciones, Mungia and Gernika.

Las Encartaciones, a town association headed by Zalla, are rich with shades of green and tons of peace. They are closer to the capital than other hinterland regions thanks to the Cadagua Corridor (about 30 minutes by car). They are also served by trains and coaches.

Balmaseda, a pebble’s throw from Zalla, was the first village founded in the Historical Territory of Bizkaia. The local economy is based onfurniture making and metalwork. Its architectural heritage includes a wonderful medieval bridge. Mungia is the head of the Mungialdea region, also including Arrieta, Bakio, Fruiz, Gamiz-Fika, Gatika, Laukiz, Maruri-Jatabe and Meñaka. Only 16km from Bilbao and 10 minutes from Loiu Airport, it is a quiet area offering all basic services (healthcare, education, transport), as well as interesting sites like the Old Town, the Olalde Museum of Basque Rural Sports, the Foruen Square, the Agirre Palace, the old train station or the Atxurizubi Bridge.

Gernika is a very quiet town, linked to Bilbao by road or rail (45 minutes by car). For centuries, it has been the meeting point of all Bizkaia villages, home to the Casa de Juntas (General Assembly). In the backyard there stands the Gernika Tree, whose symbolic power is reflected in the fact that the most important political events in the Basque country take place in its shade; for instance, the inaugurations of the Lehendakari, i.e. the president of the Basque Country and the General Councillor of Bizkaia (head of the provincial government of the Historical Territory).