Throughout Bizkaia there are many spots where the green mountains and the blue ocean come together. Peaks for mountaineers, sands where the waves of the Cantabrian Sea break to the delight of surfers, quiet family beaches, leafy woods housing mythological creatures, villages with an eventful history, cities to explore in relaxed strolls, restaurants to taste the best of Basque cuisine and wash it down with the great wines of the land… These are some of the endless choices offered by the Historical Territory of Bizkaia.

Here tradition and modernity come together, offering both locals and out-of-towners a zillion things to see, from cave paintings to the Oma Woods, where Agustín Ibarrola introduced an aesthetic revolution. Tower houses, castles and manor houses rub shoulders with innovative designs like the Guggenheim Museum Bilbao. A territory linked to the world by efficient transport and road networks and welcoming newcomers with wide open arms.

Lekeitio, Mundaka, Gernika, Bermeo, Bakio, Gorliz, Plentzia, Sopelana, Getxo, Portugalete, Santurtzi and Zierbena are some of the towns combining a rich heritage (the Bizkaia suspension bridge connecting Getxo with Portugalete, the hermitage of San Juan de Gaztelugatxe between Bermeo and Bakio, the Gothic altarpiece in the Asunción de Santa María Basilica in Lekeitio, the Meeting House in Gernika) with beautiful beaches and bays (Gorliz, Bakio), fishing ports and marinas (Getxo) to enjoy the sea. And there is a biosphere reserve, Urdaibai, that has been included in the UNESCO World Heritage list.

The hinterland also boasts a rich historical heritage, which can be seen in villages like Durango, Balmaseda, Elorrio, Otxandio or Zeanuri, where the majestic Gorbeia Nature Park sits. The peaks of Anboto, Ganekogorta, Oiz, Pagasarri, Serantes, Tologorri, Udalaitz, Unbe and Zalama are like heaven for nature lovers. La Arboleda and Artxanda, which can be climbed with the help of funicular railways (La Reineta and the more modern Artxanda) are green areas to enjoy on a quiet family day.

These are but a few examples of what to see in Bizkaia. Probably the best thing to do is explore and enjoy them all in unhurried outings.

Arriaga, Arteria Campos Elíseos and the Euskalduna Concert Hall are the main cultural venues in Bilbao, playing host to the most important plays and shows staged in town: drama, comedy, musicals, dance, ballet, opera, zarzuela, classical music, folk, rock & pop… Theatre goers have a wide array of options to choose from. In Bilbao – and Bizkaia at large – culture belongs to everyone and can be enjoyed by anyone. 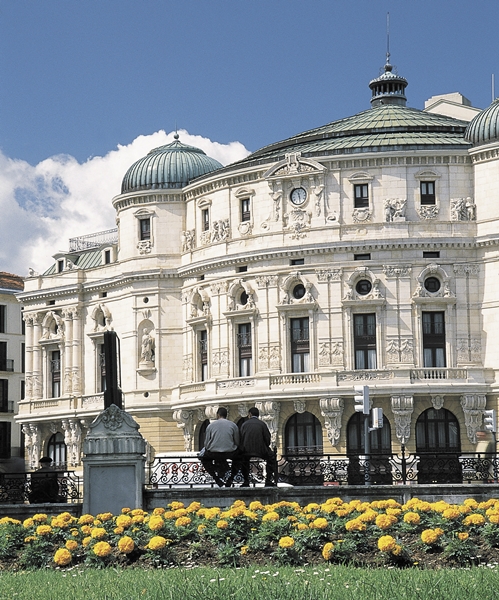 Renowned music events like the Getxo International Jazz Festivalor Bilbao BBK Live draw the most popular and sought-after artists and bands to Bilbao. The town’s venues get filled with thousands of people who just want to have a good time listening to good music.

But beyond festivals, there is music all year round in Bilbao and Bizkaia, with performances by the Bilbao Symphonic Orchestra, guest artists at the Bilbao Musika-Música Festival, the opera season of the Bilbao Association of Friends of the Opera and many concerts in various genres and styles (from traditional Basque to contemporary music) held in different theatres and venues across the Historical Territory.

Big international bands and artists have come on stage in Bizkaia, including The Rolling Stones, Bruce Springsteen, The Police, Coldplay, Iron Maiden, R.E.M, Radiohead, The Cure, Shakira, Rihanna and Metallica. And many others are bound to come for Bizkaia audiences to vibrate to the rhythm of their songs in the future. 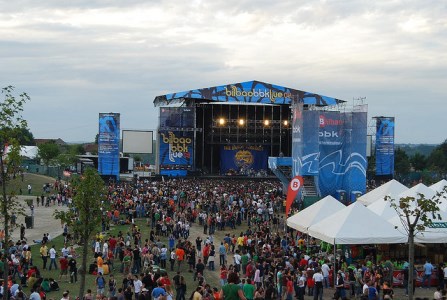 If there is a strong tie between the dwellers of Bizkaia, it has to do with football: Athletic Bilbao. In the presence of white and red, the colours of the 115-year-old team’s shirt, everybody agrees. Football afternoons are passionate in the Historical Territory. Both in Lezama, where practice takes place, and in Bilbao, home to the San Mamés Stadium – the ‘Cathedral of Football’, which is being renovated and extended – and the streets in the area (on Licenciado Poza street the atmosphere is amazing) but also anywhere in Bizkaia, the Basque Country or even Spain and beyond, the fans of Athletic Bilbao know they follow a very special team.

Athletic Bilbao is the oldest team in Spanish first division football and one of the few pro squads in the world made up by local players only and still managing to always remain in the premier league – an achievement only shared by FC Barcelona and Real Madrid CF.

Find all the information about films, theatres, music, casinos, nightlife, etc. at

Official websites for information about culture, tourism, entertainment, sports and the environment: