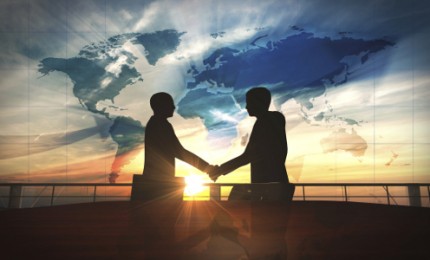 Basque people have travelled the world and settled in a variety of countries in the past few centuries, bringing their deeply rooted traditions along. There are as many as 188 euskal etxeak (Basque houses/cultural centres) and associations scattered around the globe.

In the past seven years, more than 2000 Basque youngsters left their homeland to work abroad. In exchange for this, the Basque Country welcomed many people from other countries who came in search of skilled employment. The trend may continue for a few more years.

Experts point out that in the next five years, skilled migration might be necessary to make up for the lack of youngsters or unemployed workers with adequate training in some areas, mainly in the industrial sector.

A little more than 47,000 workers in the Basque Country come from abroad. According to a Randstad report based on data from the Ministry of Employment and Social Security, working immigrants have become important in the Basque labour market over the past few years, their share going up from 4.5% in 2007 to 5.4% in 2015.

The activity rate of foreign citizens in the Basque Country is about 75%. Most permanent contracts are awarded to workers coming from countries in Western Europe, Argentina, Chile, Uruguay and China.

The Basque Country is one of the four regions in the Spanish State where the percentage of foreign workers increased in the last year, the other three being Andalusia, Asturias and Extremadura.

About half the foreign citizens living in the Basque Country hold skilled or semi-skilled jobs. 5% are in executive or managerial positions, whereas 12% perform technical or administrative tasks. Most of them work in the tertiary sector (services).

According to the Foreign-born Migrant Population in Euskadi Survey (APIE), there is a significant number of citizens coming from Western Europe, Argentina, Chile and Uruguay in managerial, technical and clerical positions: Europeans, 40%; Chinese, 35%; Latin American migrants, almost 25% (data from 2010).

Social security figures from April 2015 show that almost 2,500 foreign workers do administrative or ancillary work, 1,000 hold positions in the professional, scientific or technological spheres, 200 work in public administration, defence and social security, 1,700 do so in education, 1,500 in the healthcare system and central services, and almost 50 in finance and insurance.

To these we should add freelance workers in the same sectors: 221 in administrative or ancillary jobs, 265 in the professional, scientific or technological spheres, 321 in education and a little over 100 in healthcare and central services.