The Basque Country and its enviable weather

With regard to climate, the Basque Country is not a homogeneous area. According to climate characteristics, it could be divided into three zones: the Atlantic seaboard, to the north, comprising the whole of the Historical Territories of Bizkaia and Gipuzkoa as well as the northern part of Álava, with heavy rainfalls and mild temperatures; the south (the Ebro basin and Rioja Alavesa), with a dryer climate, hotter in the summer and colder in winter; and anintermediate area covering most of Álava with mixed features.

Summer and winter in the Basque Country

In general, the weather is mild in the Basque Country. The warm summer temperatures make it possible to enjoy the region’s popular beautiful beaches, the mountains, or just the cities without being under a scorching sun. In fact, many tourists from the southern provinces of the Spanish state come to the Basque Country in the summer, in an attempt to flee the heat.

High summer temperatures hover between 23°C and 27°C, although isolated heat waves can be expected. The average temperature is 20°C by the sea and 18°C in Llanada Alavesa. Low temperatures are 12°C to 16°C. 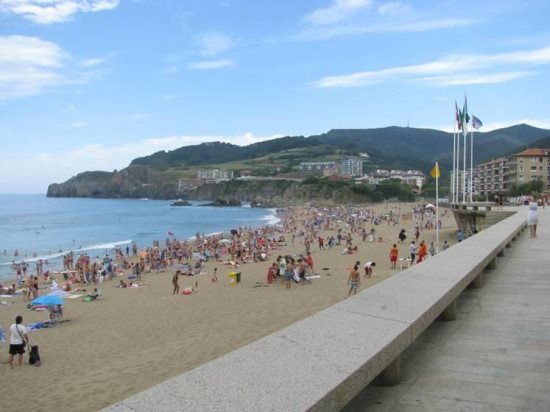 In winter, temperatures do not go down too much, with minimums at 5°C and an average of 10°C except in the hinterlands or the mountains. It can therefore be said that winters are not too harsh.

Influence of the sea and the mountains

The Basque Country owes much of its great weather to two geographical features. First of all, latitude. Positioned at 42° to 43.5° north of the Equator, the region is in a temperate zone, with 16 sunlight hours in the summer and 9 in winter. Moreover, proximity to the sea in Bizkaia and Gizpukoa also has a positive effect on temperatures.

The second key factor is the rugged terrain, which enhances the effects of rain fronts coming from the North or the South. This results in leafy green areas peppering the geography of the Basque country as one of its hallmarks. 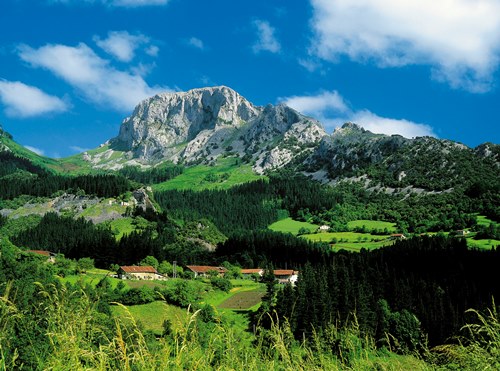