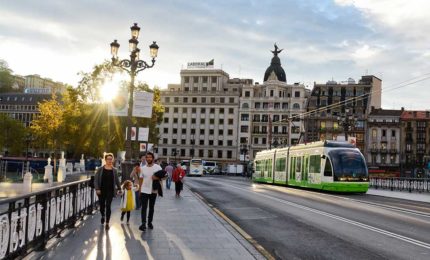 Bilbao, in fourth position in terms of safety according to the international report World’s Best Cities 2023

World’s Best Cities 2023, a ranking of the 100 best urban destinations in the world in which to live, work, invest and visit, has placed Bilbao in 76th position, having climbed 15 positions in the overall classification with respect to the results of the previous edition. The ranking has been drawn up taking into acount the main cities in the world with metropolitan populations of over one million, and the three first positions have been awarded to London, Paris and New York respectively.

Regarded as a reference in terms of world classifications, this report, which is produced by Resonance Consultancy, a consultancy group in the fields of real estate, tourism and economic development, ranks the global performance of over 250 cities from all over the world, using a combination of statistical performance and qualitative evaluations by locals and visitors in 24 areas grouped into six core categories: place, product, programming, people, prosperity and promotion.

“Smart, safe and economically vibrant, Bilbao is redesigning the European good life”, states the report, which stresses the fourth position obtained by the city at a global level with respect to safety within the place category, making it “one of the safest cities on the planet”.

The report also values highly the educational attainment of Bilbao’s human capital with respect to other cities. More specifically, the capital of Bizkaia ranks seventh with respect to the percentage of the population with a bachelor’s degree or higher.