Basque Country, a land of myths and legends

Every culture has its own myths and legends, and the Basque Country, with Euskera (the Basque language) as its main vessel, is no exception. From prehistoric times on, and then under the influence of the Romans and the Christians, Basque mythology evolved into richer forms, adding characters and tales to its reservoir.

As in many other cultures, Basque mythology builds upon the four natural elements, fire, earth, air and water. However, earth is at its core; in fact, the primary character is Mari, the goddess of earth, who can adopt any desired shape and lives in a score of havens across the Basque Country.

Interestingly, Basque gods are in fact goddesses. Similarly to Mari or Ama Lurra, the gods of the sun and the moon are females as well, and their names are Eguzki Amandrea and Ilargi Amandrea.

Additionally, there are lots of popular and original characters whose tales have been around for centuries, passed down from generation to generation.

The favourite legendary character with Basque children, Olentzero is a charcoal burner who comes down from the mountains to town late at night on 24 December to drop off presents in Basque homes. It could be said to be the Basque equivalent to Santa.

The name – Olentzero, Olentzaro and other variants – is most likely composed to two elements, on- and –zaro, meaning something like ‘graceful time’, corresponding to the old feast of the winter solstice. 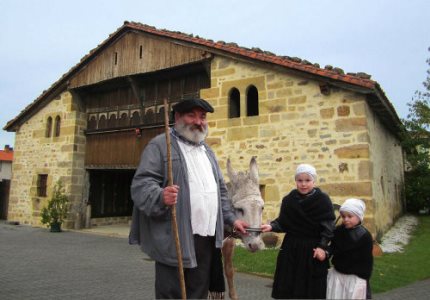 As to his looks, Olentzero varies with the region, but it is widely represented as a lonesome man a little overweight who loves a good meal and a good wine of the land, wearing dark peasant clothes and his txapela (Basque beret), and smoking a pipe.

In the town of Mungia, Bizkaia, kids and their families can visit Olentzero’s home, Landetxo Goikoa, the oldest baserri or Basque farmhouse in the Basque Country. It was renovated a few years ago to house Olentzero and other creatures of Basque mythology.

Also known as the ‘lady of Anboto’, ‘lady of Aralar’, ‘lady of Muru’ or ‘witch of Aketegi’, Mari is the major goddess of Basque mythology. According to historians, the character was part of the culture of the Basque people even before the arrival of Christianity. Legend has it that Mari lives in the basins or the caves in mount Anboto or Txindoki. In some areas, she is married to the genie Maju or to Sugaar. She has two children, Mikelats and Atarrabi.

He adopts the shape of a goat, as his Basque name reveals. Legend has it that Akerbeltz is a two-face genie. His nice half protects animals, whereas his evil half chairs witch and sorcerer covens, known as akelarres.

Basajaun is the savage in the woods, represented as a huge man with a hairy body. He protects sheep and shepherds, so when a storm or tempest is coming, he lets out a cry of alarm to warn them of the impending danger. Basajaun lives in the deep forest and he is the character who invented the saw, the mill, and other clever contraptions to work in the fields. 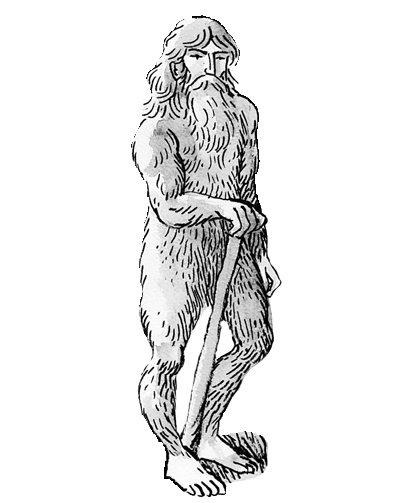 Basque equivalent to sirens or nymphs in other cultures, Lamia is one of the best known characters of Basque mythology. Half human, half beast, her upper body is that of a beautiful woman while the legs can be like those of a cat, goat or fish, depending on the geographical location. 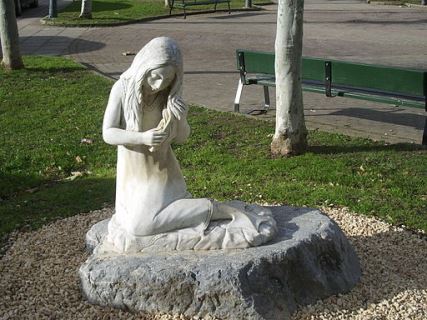 The jentilak were the inhabitants of the Basque land before the arrival of the Christian people. After the adoption of the Christian religion, the jentilak took shelter in remote places, where they live peacefully. They are known to have enormous strength.

They are like the gnomes or dwarfs in other cultures. Male or female, they are diminutive beings that will do everything their masters ask them to do.